Youtube is now the easiest way to be popular. Everything started when three former Paypal workers opened the service in February 2005 and site became a pop culture icon in a small period. Site is based on video uploads by amateurs. But in years, it divided to professional and amateur usage. Copyrights management changed the face of site for many times. In 2009 Google bought the service to US$1.65 billion. Till the first video “Me at the zoo” in site, users uploaded millions of videos and Youtube created many new stars. How many Youtube videos are watched by over 30 million people?


“Evolution of Dance” was the champ since “Charlie bit my finger” uploaded to site. Uploader was not waiting so big success because it was a simple funny family flick only. But wind of the internet made the clip a cult icon in a small period and over 170 million watched it. When it’s firstly posted in May 2007, no one noticed it first but then one day it started to be share on all social media. Many researches and theories are made over the video and experts believed that people liked the video’s natural environment. It is also definite than British children spoke a clear British accent and everyone in the world understood the words clearly.
Before “Charlie bit my finger”, there was “Evolution of Dance” It can be called as the first hit of Youtube. Comedian Jud Laipply showed the evolution of dance in 6 minutes and it was funny to see evolution from chicken dance to the Macarena and twist. There were similar videos on Youtube when it’s uploaded but none of them were stylish like this video. 138 million of people watched the video and it was the king till Charlie. It’s still the first choice of people who want Nostalgia. 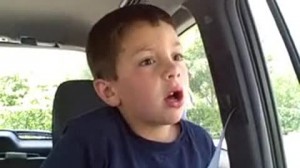 “David After Dentist” is uploaded in 2009 it was about a 7 year old child’s trip after dentist. It’s possible to see that medication on oral exam made the David some confused and he’s asking some questions on the backseat of car like “Is this gonna be forever?”, “You have four eyes” and “Is this real life?”. Especially “Is this real life?” became a popular title of year. When video became popular, David’s father opened a website and sold t-shirts featuring David’s funny scenes. It was one of the first amateur videos used for commercial aspects by amateurs.
OK Go dance group became popular with “A Million Ways” video but they peak to top with “Here It Goes Again” It was a routine dance exercise recorded with one camera. Group sent it to Grammys for Best Short-Form Music video in 2007. After this attempt, video became popular and millions of people watched it. But at last, EMI took the rights of video and now it’s not possible to embed it by fans. 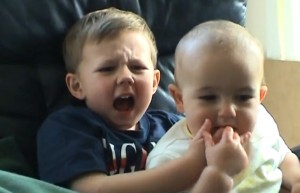 In 2008, an internet joke created a new term called as “Rickrolling” A member of online forum 4Chan made a joke and named his mail as a new trailer of most anticipated video game but it was the clip of “Never Gonna Give You Up” video of Rick Astley recorded in 1987. Song was firstly sang in Macy’s Thanksgiving Day Parade in 1987 and became popular again in 2008 with this joke.
“Don’t Tase Me, Bro” is the Youtube classic which showed that amateurs can change the nature of politics. In video, it’s possible to see John Kerry is speaking on University of Florida in 2007 before elections. Student Andrew Meyer is questioning Kerry loudly and he’s arresting. Video is discussed for months about officers behaviors and became popular with Meyer’s words “Don’t Tase Me, Bro” 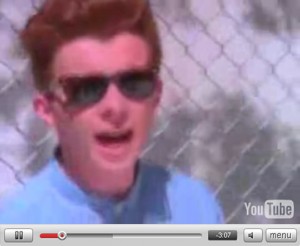