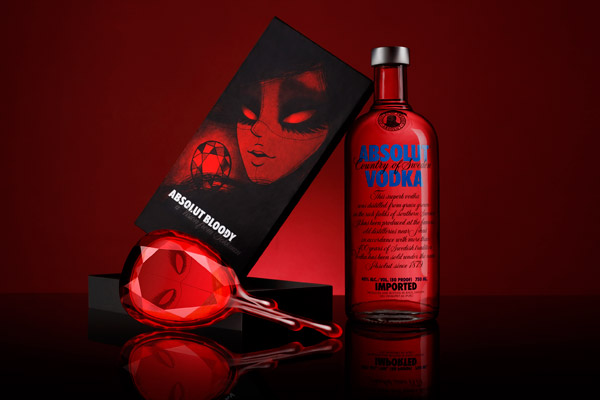 Absolut is one of the most popular Vodka brands in the world. Absolut is producing on Sweden. Today brand’s owner is French group Pernod Ricard. It’s possible to find Absolut in 126 countries. First Absolut Vodka is released in 1879 with the “Tiodubbelt Renadt Brännvin” name. It was selling with cheap prices on the suburbs of Sweden cities. Then in 1979, company released the vodka with the name “Absolut Vodka” with an advertisement targeting upper class. It’s also released to all world markets in 1980 and became one of the most popular beverages in the world. How many varieties of Absolut Vodka are there?

Today there are 18 “core” varieties of Absolut Vodka. Most popular ones are Absolut VODKA blue label and Absolut VODKA red label. Blue label and red label’s bottle is redesigned in years and now they are on the Swedish medicine bottle shaped . They are also popular with their crystal clear color. Red label is discounted in 2006. But the collectors are still searching for bottles of it.
Absolut PEPPAR was the first flavored vodka of Absolut. Main flavor items were Roasted Jalapeños, Dried Herbs and Green Tomato. It’s released on 1986. Main idea for releasing Absolut PEPPAR was breaking the role of Bloody Mary on the bars which is a cocktail from vodka and pepper. Today Absolut PEPPAR is mostly using in popular cocktails “ Absolut Peppar Alert” and “Absolut Bloody Mary”.
Absolut CITRON is released on 1988 and it’s still one of the most popular Absolut Vodkas’ ever. Absolut CITRON is an awakening and refreshing flavor with lemon. Main topic Absolut fans are complaining before CITRON was that Absolut Vodka was some strong especially for young people. Absolut CITRON’s flavor made the Absolut Vodka a good choice for youth also.
Absolut KURANT is released after CITRON’s success. KURANT is a unique berry only available in Sweden. It’s firstly released with the name ABSOLUT VINBÄR but then changed to KURANT. It was the first time Absolut is releasing so fruity taste for its Vodka. Especially “Absolut Metropolitan” and “Absolut KURANT Nordic” became popular cocktails in the upper class bars of New York.
After KURANT, company worked for new tastes and this wait lasted for 7 years. Absolut MANDRIN is released in 1999 and first entrance to market was some problematic. Because there were some other brands with orange and mandarin flavor vodkas. But after some weeks, Absolut started ads for MANDRIN that drink is good as appetizer and digester. This campaign took MANDRIN to a special class. 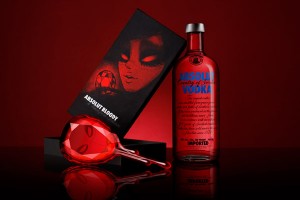 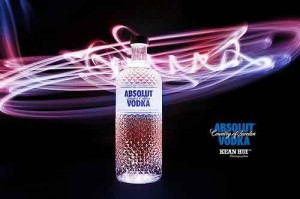 After lots of requests and mails for the rerelease of Absolut RED, company released Absolut 100 as an Absolut RED replacement. Absolut 100 is released with a total black bottle and it was a surprise for Absolut lovers. While RED and 100 are compared, it’s possible to see that 100 have a more spicy and easy to drink taste. Its equalizer taste helps it to mix with various drinks from Kahlua to Champagne.
After 100, Absolut made a return to fruity flavors. Company released Absolut PEARS in 2007. Then it followed by Absolut MANGO, Absolut BERRI ACAI, Absolut WILD TEA, Absolut ORIENT APPLE, Absolut GRÄPEVINE and Absolut CHERRYKRAN. 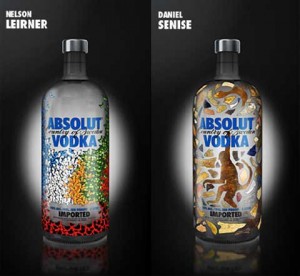