Whiskey or Whisky with its popular name is a distilled alcoholic beverage. It means “water of life” in Latin. It’s believed that Babylonians are the founder of Whisky. Main ingredient of Whisky is fermented grain mash. It’s possible to find Whiskies today made from various grain products. Aging The Whisky makes it tastier, so people use wooden casks for aging the beverage. It became popular in Alexandria Empire in 3rd century for Greeks. Because of its treatment effect on small pox, monasteries distilled it in medieval ages. First written record that people used Whisky as beverage is in 1405. How many types of Whisky are there?


There are 3 main Whisky types as Basic Types, Combined Types and Regional types in the world today. Basic Types includes Malt whisky and Grain Whisky. Malt Whisky is producing from malted barley grain. When it’s only distilled from one type of grain, the product Whisky has a label of “single malt whisky” After some problems, most of the countries applied strict rules to whisky production. For example in Scotland, each “single malt whisky” must have its preparation list in label and must wait at least 3 years of distillation before released. 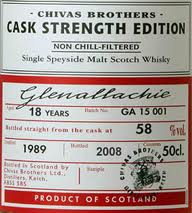 Grain whisky is the basic Whiskey type and when it’s not produced from malted barley or there’s a different ingredient than a type of malted barley in it, it takes the name. There are many different ingredients like corn, rye or wheat of Grain Whiskey today. In many countries, companies have to write the ingredients to label like “rye malt whisky”. Also it’s possible to see today some new variations of Whisky from barley and other grains and this is called as “Blended Scotch Whisky” According to many experts, “Blended Scotch Whisky” is very hard to reach the real taste and quality of single malt whiskies but there are some new products that taste very similar. 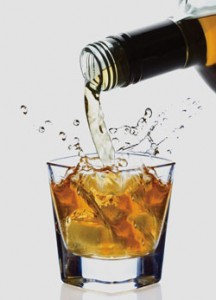 Combined Types includes Single malt whisky, Single Cask whisky, Blended malt, Blended whiskies and Cask strength. Single malt whisky is producing from one batch of grain. It’s mostly producing in single distillery. Single malt whisky is not popular alone because of its bitter taste and it mostly combines by other whisky casks. Single Cask is the name of Whisky when it’s produced from only one processed grain mush. It’s only bottling without combining to other casks and in many countries, companies have to write the name of cask in it. Blended malt is producing from single malt gran. It can be produced in several different distilleries. Blended whiskies includes different grain, rye and flavor products in it. Today most of the popular Whisky products are producing on this style. They have different names by their origins like Scotch, Canadian or Irish. Cask strength is a special type of Whisky. It’s very strong and hard to drink. Many companies are producing special Whiskies for individual buyers. A buyer can dilute her Whisky as much as she wants.
There are also Regional types of Whisky. There are many types like American, Irish, Scottish, Australia, German, English and Indian. American Whiskies are mostly producing from Rye. There are also Corn whiskey and Bourbon whiskey in popular markets. It’s possible to see high alcohol levels like 80% alcohol by volume in these beverages. According to regulations, American Whiskeys must wait at least 2 years of distillation. Irish and Scottish Whiskies are also very popular all over the world. Especially Scottish Whisky has a special distillation process.
Indian whisky is producing from fermented molasses and its mostly known as Rum. Also English whisky is very popular. 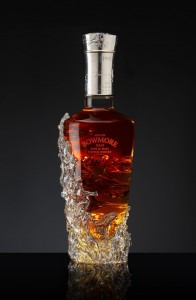