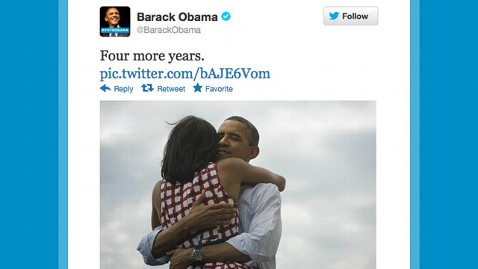 Twitter is the new leader of social media. Even Facebook is natural leader of category, Twitter is more popular nowadays and most of people are using Twitter. It’s true that Twitter was facing some problems in 2010 about overcapacity but today they solve most of their problems and it’s very rare to see whale carrying by birds. Today, Twitter is a way of connection between celebrities, popular names and politicians to people. It was a big number to see 50k retweets in 2000s but today it’s possible to see over 250k retweets for some politicians. How many tweets are retweeted more than 25K?


Most retweeted tweet of all time is tweeted in 7 Nov 2012. It was from President Barack Obama. Obama sent a photo and a tweet on daytime. Tweet from personal Twitter account Obama was “Four more years. pic.twitter.com/bAJE6Vom.” Tweet was about 4th years of Barack and Michelle Obama together. Barack Obama was hugging Michelle Obama with love and it was possible to see that Barack Obama was very close to cry. In the first hours of tweet, over a hundred thousand people retweeted it and then number exceed to 500K+. 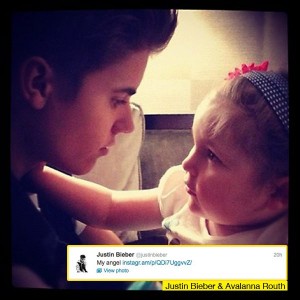 It was Justin Bieber’s tweet that hit the net and retweeted for 200K+ times. It tweeted in 26 Sep 12.
Justin Bieber used his personal account @justinbieber to send the tweet “RIP Avalanna. i love you.” Tweet was about Avalanna Routh who is 6 years old Justin Bieber fan. After Bieber heard that Avalanna has a rare brain cancer, he went to see her in New York and made her wish come true by organizing a mini wedding in her Apollo Stage for Avalanna. Bieber had good times with Avalanna and he said Avalanna is the biggest fan of him. They also went to TODAY show as Mr. and Mrs. Bieber. Avalanna passed away because of a rare brain cancer. After Avalanna dead, her parents send a tweet on from her account @Avalanna that “Our darling Avalanna went to Heaven this morning. Oh Avalanna, the brightest star – you took our hearts with you, our greatest Love.” After that Justin Bieber sent a tweet “RIP Avalanna. i love you”and it retweeted by over 200K+ people. 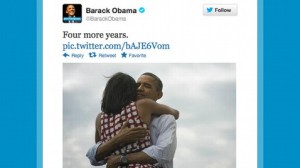 It was a regular after NFL fight in Tweeter after a wrong decision of referees in the Seattle Seahawks- Green Bay Packers NFL match but so many players and politicians went into job that tweet of T. J. Lang or Thomas John “T. J.” Lang, Jr. with his full name hit the net. According to the Washington Post, it was one the regular fight till Barack Obama sent a tweet from his official account that talk about referees of match. Then Green Bay Packers’ T. J. Lang sent a tweet “Fuck it NFL.. Fine me and use the money to pay the regular refs” and it became the event of the week. It retweeted for 100K+ times.
Kim Kardashian is always using the Tweeter very effective. But a tweet on 27 Nov 11 was the biggest hit of her. Tweet is sent by @KimKardashian account and say “A 15 year old girl who is terminal w/ cancer has made a bucket list. 1 of her wishes is to trend on Twitter. Give a RT #alicebucketlist.”It’s retweeted by 70+K people.
Lady Gaga is not a perfect Tweeter user but what she send is always hitting the net. There are some rumors why Lady Gaga send “Never be afraid to dream” tweet in 17 Jun 11 but it hit the Twitter and retweeted for 34K+ times. 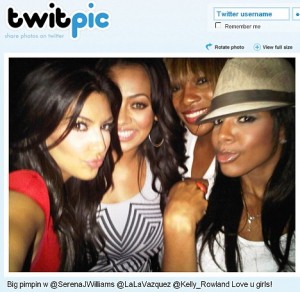