Transformers are mainly a toy series producing by Hasbro. It’s possible to change Transformer toys from car to robot or robot to truck or animal. There are two main robot types as Heroic Autobots and the evil Decepticons. Transformers earned worldwide popularity with animated television series. After 4 seasons of animated television series from 1984 to 1989, series finished with a movie. In 2006, director Michael Bay and executive producer Steven Spielberg decided to create live action movie series on Transformers. First movie of series “Transformers” is released in 2007. How many Transformers movies are there?


There are three Transformers movies released. They are “Transformers”, “Transformers: Revenge of the Fallen” and “Transformers: Dark of the Moon.”
First movie of series “Transformers” is released in 2007. It’s directed by Michael Bay and Steven Spielberg worked as executive producer. Megan Fox, Tyrese Gibson, Shia LaBeouf and Josh Duhamel starred in first movie. Hasbro made the promotional campaign of movie. Movie starts with Optimus Prime’s story about their world, Cybertron and its demolishing history.
Movie took mixed reviews from all critics. IGN found the film not best but Michael Bay’s best movie ever. Especially viewers liked battle scenes. Movie became most grossing one in 2007 with $709.7 million even it’s a hard year with movies like Pirates of the Caribbean: At World’s End, Shrek the Third, Harry Potter and the Order of the Phoenix and Spider-Man 3. HD DVD and Blu Ray versions of movie are available. There’s also a limited Wal Mart edition of movie. 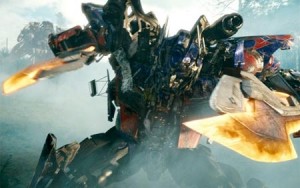 Movie took mixed reviews but gained a huge commercial with $836 million worldwide gross and became one of the biggest grossing movies all-time. Movie became the top point of controversies especially in USA with its racist humor. Most of the writers and stars found the humor style of movie very shameful. Then actor Shia LaBeouf confessed that he was unimpressed. Also 2.5 hours length of movie is criticized by authorities. Movie made $836,303,693 gross worldwide. It’s possible in HD DVD and Blu Ray. There’s also a limited special IMAX edition of movie.
Transformers: Dark of the Moon is the second sequel of Transformers series and it’s released in 2011. Movie is directed by Michael Bay and produced by Steven Spielberg like other movies in series. Megan Fox joined first days of set but then left the movie. Shia LaBeouf, John Turturro and Josh Duhamel starred on movie. Rosie Huntington-Whiteley replaced Megan Fox in this movie and it created deep rumors for magazines. Movie is filmed by special 3-D cameras. After critics, Michael Bay decreased minutes of movie to 154. Movie is released first in IMAX theaters and offered 7.1 Dolby Surround sound. Critics found the movie very bad but some critics found it better than “Transformers: Revenge of the Fallen.” Movie grossed US$1.12 billion worldwide and became one of the most grossed movies ever. Apollo 11 scenes of movie created some discussions and fired some old discussions about Apollo’ moon landings.
Michael Bay confirmed the fourth Transformers movie and release date is set on June 27, 2014. Ehren Kruger will again write the script of new Transformers movie. Michael Bay also confirmed that Shia LaBeouf will not return to Transformers series. This information is not confirmed by actor. 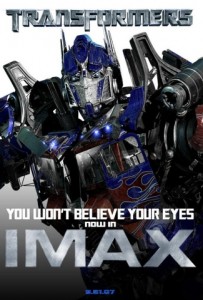 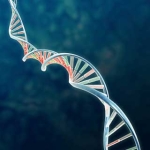