USA is the strongest country in the world and it includes the biggest rich people number in the world. It’s true that today USA has facing the income inequality problem in the country. It has some of the areas facing poverty problem but also there are many luxury places. Especially luxury places of USA are also some of most expensive places to live in the world. For example, New York is one of the most expensive cities in USA and a t-bone steak costs $14.99 in here while it’s $7.26 in Harlingen, Texas. How many expensive places to live in USA?


One of the most expensive places to live in USA is definitely New York and especially Manhattan. Population of city is now over 8 million people and average home cost is $1.27 million. If you want a house from New York, you need to pay 4.5 times the national average. Also markets and shops offer at least double price than other states.
San Francisco is another expensive place to live in USA. Especially housing is the most expensive one of country. If you want to buy a house in San Francisco, you need to pay three times national average. In last ten years, San Francisco faced some security problems so Manhattan and Brooklyn passed the prices of city but it’s still expensive.
Honolulu is a unique island and it’s the heaven of US. In 1800s, no one predicted that Honolulu Island which is in the middle of Pacific Ocean will be so expensive but it’s true now. Against high house prices and cost of living, life in Honolulu was some problematic in 80s but today they are taking good health and life conditions. Prices are higher than Manhattan in some luxury groceries of Honolulu. Today a loaf of bread is $2.91 and it’s double of standard price in USA. 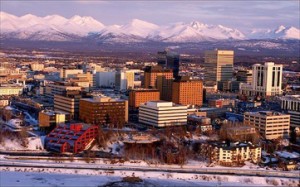 California is the dream of all people but San Jose is dream of all Californians. It’s the capital of Silicon Valley with sunny months and clean water. House prices are at least 50% more than US average in California. A typical small apartment in San Jose starts from $1,728. Most of the millionaires of country are living in here.
Stamford, Connecticut is one of the most secure cities in USA and it has a permanent place on the “best cities to live in USA” lists of magazines. If you want to live in Stamford, Connecticut, you need to pay at least on Manhattan’s prices. It’s also less crowded than popular and expensive USA cities. But it’s also a still developing city and don’t have so much facilities like other popular ones.
Santa Ana is another popular city of California which is also known as Orange County. There are rare places that have a series with its own name and Orange County is one of them. Nearly all big politicians and businessman has their own houses in here. “Newport Beach” is the main set of popular series “O.C” Also big coast from San Clemente to Seal Beach is rare beauty in the world. If you want to go to a beauty salon in Texas, you need to pay $20 but it’s at least $60 in Santa Ana. 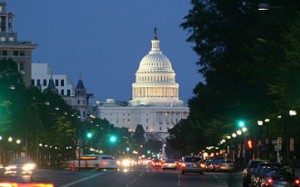 Anchorage, Alaska is also an expensive place to live in USA but it’s not caused by luxury but the place of city. Americans call the city as “The Last Frontier” You have to pay %50 more for everything than US average in this city. Also taxes are very high in this city so house and other sales are under the average. 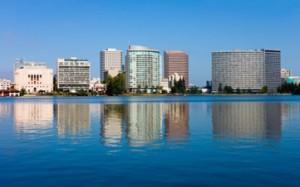