SimCity is one of the video game classics now. It’s originally developed by developer Will Wright. First SimCity game is released in 1989. Many games in the SimCity name is released until 1989 and some of them are released The Sims name. First The Sims release in 2000 is the most sold video game ever in the world. Main duty of SimCity games is founding a good place and developing a city in there with a limited budget. In years, game developed with new features like nuclear free zone, earthquakes and more. How many SimCity games are there?


There are 18 SimCity games released. First game SimCity or SimCity Classic with its popular name is released in 1989. It’s released for Amiga and then ported to many computer systems and game consoles. Game was an upgrade of Raid on Bungeling Bay game. System Dynamics are created by Jay Wright Forrester and he said in an interview that he influenced from “The Seventh Sally” story of Stanislaw Lem. Then archivist found a 1985 Commodore 64 version of game but it was not popularized ever. There were many scenarios in game and they became very popular. Some of the scenarios were Bern, 1965, Boston, 2010, Detroit, 1972 and Rio de Janeiro, 2047. Also there was a San Francisco, 1906 scenario in game and it created some discussions because it was the simulation of a real event, 1906 San Francisco earthquake. Also PC version was including Hamburg, Germany, 1944. 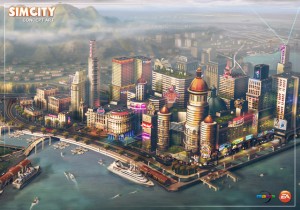 After success of first game, developers created SimCity 2000. Game is firstly released for Apple Macintosh in 1994 but couldn’t gain success and ported then to PC. It won the “Best Military or Strategy Computer Game” award. Game is ported many OS and consoles like PS, Nintendo 64, Game Boy Advance and Sega Saturn. Also Maxis released an expansion pack to game and it was possible to attack the city with UFO or playing nuclear meltdown scenarios. It became a popular culture icon and many spin-offs are released after important politic events like President Bill Clinton healthcare reform- SimHealth and racing game Streets of SimCity.
SimCity 3000 is the first SimCity game released by EA. Company released PC and Mac versions of game. Also it was possible for Linux. It was a big upgrade of SimCity 2000. EA added new features to game like waste management. Also agricultural structures and farms were new for game concept. Game became popular with land value system and advisors which are very new to game category. SimCity 3000 is released with names like city specified titles like SimCity 3000 UK Edition and SimCity 3000 Deutschland. 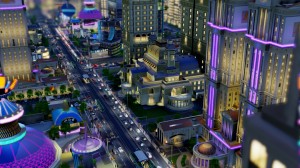 SimCity 4 is released by EA in 2003. It was allowing players to make terraforming. It added features like night and day cycles, quality of life enchantments and new special effects to SimCity culture. It was the first SimCity game using 3D engine but also criticized for its hard gameplay and high system requirements for its time. It also allowed God mode for the first time in SimCity game and it created many discussions on game. In God Mode, it was possible to trigger disasters and making earthquakes in city. Because of bugs on gameplay, EA released many patches.
SimCity Societies is first SimCity game with different main title. It’s mainly about social development. EA released the game in 2007 but game became popular in 2008. EA fixed the gameplay and pc performance problems of former game in this new game.
Last game of SimCity is SimCity 13 and it’s offering more detailed game play with multiplayer options.