World is beautiful but people are polluting and destroying it day by day. Also some natural phenomenon is destroying the beautiful areas. According to official reports, booming tourist traffic, strained resources and a warming climate are also factors that are demolishing the beautiful areas of the world. People created some national parks like Glacier National Park to protect the wild nature but temperature fluctuations hit such areas and today many national parks are under the danger. How many popular places will disappear in the near future?


Venice of Italy is one of the most popular tourist destinations ever. It’s a lagoon and natural phenomenon. It’s true that people connected 118 separate islands and there are now 150 canals in the area. Venice residents made 400 bridges to connect the islands. But against all effort, Venice is sinking. According to researches, number is 2.5 inches every 10 year. There were many works on avoiding sink but after December 2008 flood in Venice, most of the works are stopped. Today Venice is close to be an underwater city in the near future.
The Dead Sea is another popular places even the war in the area. It’s the saltiest water in the world and lowest dry point now. Jordan River and many small streams are feeding the Dead Sea. Because of global warming joined its hot and dry region, the Dead Sea is losing every year most of its water by evaporation now. Also Jordan River is using by Palestinians, Israelis and Jordanians and growing populations are decreasing the water level every year. Dead Sea lost three feet each year and it will disappear in near future according to researches. 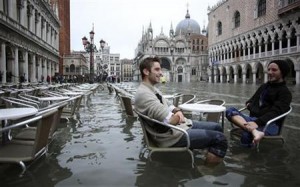 Taj Mahal is one of the most popular mausoleums of the world. It’s located in Uttar Pradesh state, India. It’s also the most beautiful example of Indian Islamic architecture’s last period. Today three to four million visitors are visiting the Taj Mahal and every visit is harming the stones more and more. There were many efforts to stop harming of Taj Mahal but today most of them are stopped. According to researches, original building may collapse in near future.
Pyramids of Giza are one of the few examples of original Seven Wonders of the Ancient World staying still on foot. It’s facing the tourist visit for the centuries and today it’s living the last period on the foot. Also pollution of area and factors like magnitude of visitors are affecting the pyramids. There are many international efforts to save the Pyramids of Giza but Egyptian officials are not supporting these efforts because of losing the tourist income problems. 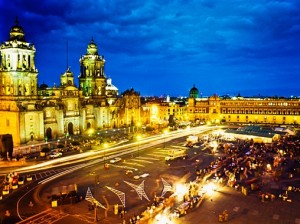 Little Green Street is a small street located in London. There are only a few streets survived from Georgian England period and it’s most popular one. It’s still possible to see 18th century homes in the street. It’s also one of the few survivors from Blitz in World War II. Developers tried to acquire the property but they failed but they are still working on it and they will demolish the street.
Mexico City of Mexico is another sinking city of the world. According to calculations, it sank 30 feet in last 100 years. Aztecs built the city over a former lake and the area is still the city center. Now city population is going higher and higher and new apartments are built. Also city is using sources from underground lake and it’s forcing city to sink more. Today 22 million inhabitants of Mexico City are going to sink with this beautiful old city and there’s no plan available to recover it. 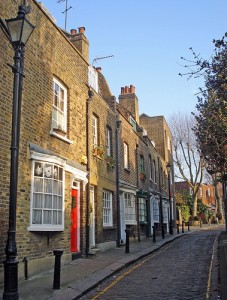