One of the most common permanent birth control ways in the world is Vasectomy. It’s an operation making in the man’s scrotum. There are two tubes in the upper part of scrotum and their main duty is carrying sperm into penis. They are firstly cut apart and then tied up. Operation was making with general anesthesia in the 90s but today it’s possible to see that operation is making in surgeon’s office easily, men is awake and operation’s is short. Main method is local anesthesia. Most important feature of vasectomy is that after operation, men is still producing semen but because sperm channels are cut, it has no effect on birth. Today vasectomy ways are various and there are some news ways offering vasectomy without any keyhole. Also with the new and easier methods, vasectomy costs lower than 90s.
Tubal Ligation or tubal sterilization with its medical name is a popular permanent birth control operation for women. It’s mainly a sterilization operation and many aim is stopping egg before going into uterus. New methods on tubal sterilization also blocks the sperm and avoid it to enter fallopian tube. Today it’s possible to see that some clinics are making the tubal ligation operation but most of the health organizations are offering hospitals because woman must be under full anesthesia for operation. Tubal ligation methods vary because there are many different ways doctors are using for fallopian tubes. While some doctors cut, some of the use cauterize way. Some stiches are required after operation. Operation is commonly known as Tube tying or tube tied. 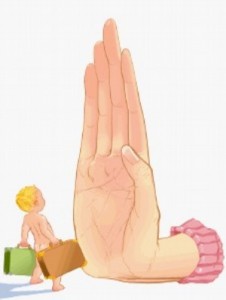 Essure procedure is easy to apply when compared to other methods. After doctor opened the legs of woman, he first inserts of small catheter and then continues with inserting tube-like instrument. There’s a small camera in front of the catheter and it allows doctor to see uterus easily. When the catheter reached the fallopian tubes, doctor leave the micro-inserts over the catheter into tube. Then he follow the same structure and inserts a second implant into fallopian tubes. Women feel a cramp similar to menstruation cramps after this process. Last step on the process is x-ray and doctor controls the position of tubes. All operation takes nearly 30 minutes. There are still some controversies about new permanent birth control ways and their success in blocking the eggs or sperm but today success rates on operations are over %90 all over the world. 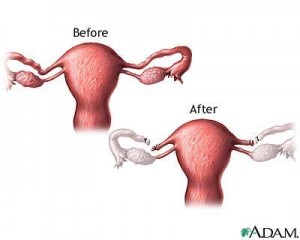