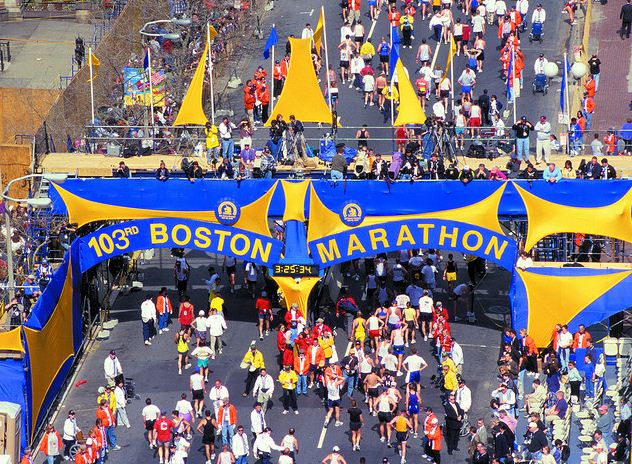 Boston Marathon firstly started on 1897. It was inspired by 1896 Summer Olympics and now it’s running on Patriots’ Day. It’s one of the five major marathons in the world. There is every year thousands of people registering and running in marathon. How many people run on Boston Marathon 2012? 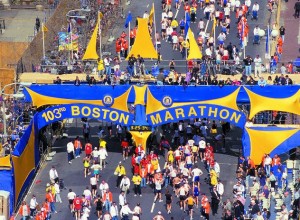 Every year over 500,000 is watching the marathon. It’s America’s New England part’s most viewing activity. It started with 18 athletes in 1897 and number raised in years. In recent years over 20.000 people ran.

World record about most participants of marathons is also on the Boston Marathon’s hands. In 1996 38,708 people registered for race and 36,748 are started. It was also a record that 35,868 people finished the marathon.

The marathon way is mostly straight road but there’s also a famous ascent called Heartbreak Hill. This is the place where lots of athletes stops and leave the race. After 45 m elevation, Heartbreak Hill rises on 27 m. It’s a strange hill that the curve finishes the muscle glycogen stores of athletes and all athletes live the phenomenon known as “hitting the wall”.

Marathon day is mostly very hot and there are always warnings for attenders. In 2012 Boston Athletic Association mailed attenders a critical notice about temperatures. Then 4000 runners are resigned from race. The number of 2012 Boston Marathon was 26,716 as registered but now the number is 22,426. Official thinks over 20.000 people will attend the start of the race.