It was the 1945 and World War 2 was on its finals years. Nazi Germany signed its instrument of surrender and War Of Europe was ended. The Allies were planning to invade Japan after surrender of Germany. The United Kingdom, The United States and China announced Potsdam Declaration and called Japan for a surrender. They also threatened Japan with “prompt and utter destruction” United States were preparing two nuclear bombs in the Manhattan Project. First nuclear bomb dropped on Hiroshima’s name was Little Boy and second one’s name dropped to Nagasaki was Fat Man. How many people died in Hiroshima and Nagasaki? 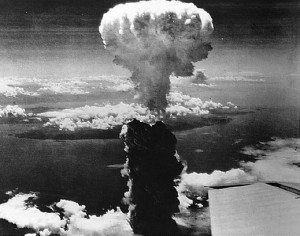 First clash between Japan and Allies of World War II was in 1941. War was not going well for U.S in 1944 and over 2 million soldiers of U.S died or wounded in WW2 in this year. In German Ardennes Offensive, 80.000 American soldiers died and it was the peak number. Then American army invaded Philippines, New Guinea and went into Japan’s land. It was a heavy clash between Japan and U.S Army in Okinawa.
Allies planned to invade Japan before surrender of Germany but Japan army understood the plan of invade and 2.3 million Japanese Army troops, 4 million Army and Navy employees, a civilian militia of 28 million men and women were armed to defend the Japanese land. U.S government started to prepare poisonous gas stocks with phosgene, cyanogen chloride and mustard gas. 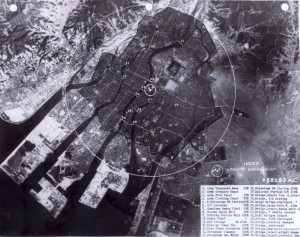 Air raids over Japan started in 1943 but it was heavy bombing in 1945. In firebombing of Tokyo in 1945, over 100.000 people are killed. In the second half of 1945, U.S stopped air raid to keep their air force alive for invasion.
In the same period, Manhattan Project was also on its final stage with collaboration of U.S and Canada Laboratories. First researches of Atomic bomb started in 1939 when Nazi atomic bomb project is heard. According to some researches, U.S was planning to drop Atomic bomb to Germany but after their surrender, bomb was dropped to Japan.
First target was Kyoto city because it was an important city for Japan and has a psychological power on Japanese people. But according to Edwin O. Reischauer’s autobiography, it was the city that Henry L. Stimson, the Secretary of War went for honeymoon and loved very much. Stimson then changed the target to Nagasaki in 25 July.
Before atomic bombs, U.S Raid dropped 63 million leaflets to Japan cities for warning civilians but none of them were dropped to Hiroshima. It was Hiroshima and Nagasaki were chosen were the target and they bombed by two B-52 in 1945. 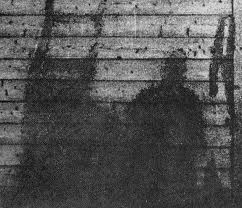