Antarctica is the fifth-largest continent of the world. 98% of Antarctica is based on ice. Average of ice thickness on the continent is at least 1 mile. So it’s the coldest and driest continent. Historians believe that history of Antarctica resides to the antiquity but first known sights of the continent is in the 1820 by the Russian expedition of Fabian Gottlieb von Bellingshausen. There are some known usage of Antarctica in the 19th century but in 20th century, big countries signed The Antarctic Treaty. According to this treaty, It’s prohibited to make military activities, nuclear explosions or mineral mining in the continent. Only people with special permission can go there for scientific research. How many people are living in Antarctica?


According to latest researches, there are 1.000 people living in Antarctica in winter and the number is over 5.000 in winter. There are many research stations on the continent now and most of the workers are going there with duties of their governments. There are also some workers like Bellingshausen Station priests and other church’s priests going there once in a year. First people living in continent started in 1800s. It was the whaling era and first settlements had been seen in 1786. Norwegian and Britons also came to Antarctica for living there. 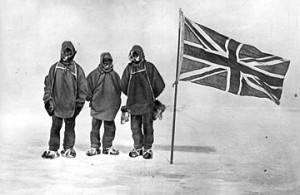 Children born in Antarctica are accepting as resident of Britain. First child born and registered on this continent is Solveig Gunbjørg Jacobsen. She’s daughter of whaling station manager Fridthjof Jacobsen. Most of the people of Antarctica are now living in the McMurdo Station. People living in the station are now 1200 people.
There are 29 nations has right to send people to Antarctica for scientific research based on The Antarctic Treaty. There is no known Antartican language and people living there are speaking their own language. Also many tourists come to Antarctica in the winter. There are some governmental tourist programs like U.S Tourist program to Antarctica. 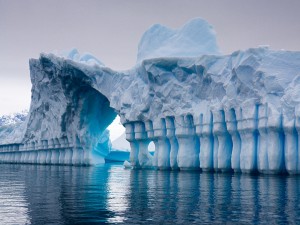 People living in the Antarctica are mostly women now. According to latest research, people living in German Antarctic station are totally women. Also %50-%50 in some stations. Before 1963, only men were going to Antarctica and living there but today there are many women going and living in Antarctica. In first years, they were cook and workers but today many women scientists and military women are living in Antarctica.
In 1983, main countries signed the Antarctic Treaty made a new conference and searched the way to find mining in the continent. Many international organisations like Greenpeace International launched a public pressure to stop researches after the treaty. In 1988, some countries they are not joining to convention any more and all progress on treaty are stopped with this move. In 1988, The Protocol on Environmental Protection went into force and prohibited all mining activity in Antarctica.
Also any military activity in Antarctica is prohibited now. There were some known weapon testing activities till 90s but they are all stopped now. Last military manuveur in the Antarctica was Operation NINETY of Argentina. After military manuveur completely stopped, countries started to claim right on some territories of Antarctica. They are now many territories like British Antarctic Territory, Ross Dependency, Peter I Island, Australian Antarctic Territory, Argentine Antarctica and Chile’s Antártica in the continent now.
Antarctica is now mostly using for research of climatic changes, global warming and meteorites. According to latest researches, Global warming is the biggest problem of continent now. In the first half of 1900s, many astreoids were found in the continent and they are calculated as at least one million year old.