North Korea or The Democratic People’s Republic of Korea with its official name is a country located in Korean Peninsula. Capital city Pyongyang is also the most populous and important city of country. There’s a conflict between North Korea and South Korea so border of countries is The Korean Demilitarized Zone. Also Tumen River is the border between Russia and North Korea. North Korea is governing by Korean Workers’ Party as a single-party state. Main ideology of North Korea was Marxism-Leninism but then in 1972 country’s first President, Kim Il-sung changed to ideology to Juche. Soviet Union was the main supporter of North Korea since 1991 but when dissolution began in 1991, North Korea’s economic and political balance is changed. This change combined with some natural disasters and a famine called North Korean famine started on 1994. Today it’s possible to see effects of North Korean Famine still in the country but government didn’t accept the ideas and claims about starvation. How many North Koreans are starving today if claims are true?

The North Korean famine started on 1994 but first signs of it have been seen on 90s first years. Foreign reporters claim that from 1994 to 1998, 3,500,000 people of total 22 million are died from starvation.
In the first years of 90s, North Korean government tried to take some measurements for the coming famine. But nor Korean government wanted or accepted help neither any of other governments tried to help. Main measurement North Korean government took was “eat two meals a day”.
Famine firstly started, it’s believed that only a little part of country would be affected but floods and storms were also started to hit the country. Especially July 1995 flood created a big economic crisis. With floods, nearly all grains, harvests and arable fields of North Korea were destroyed. In these floods, 1.5 million tons of grain reserves were became unusable.
Crisis caused by harvest and food reserve destruction started to affect all social classes of North Korea. People were eating the maize cobs before the crop grows. 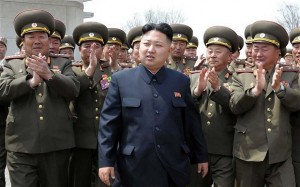 Women suffered significantly from Famine because in the North Korean family culture, women had to work and collect food for family. Every 40 of 1000 women died on famine. Also women faced problems like anemia, premature birth and hemorrhage because of vitamin deficiency.
Also children faced high death rates. Main reason of baby deaths under 2 years old was lack of breast-feeding. Mother couldn’t help children to feed. There are no definite statistics but according to World Health Organization, 93 of all 100 children died.
In 2001, Pyongyang’s deputy foreign minister Choe Su-hon accepted in a UNICEF conference that 220,000 people died in famine. Highest death rate was on North Hamgyŏng province because of agricultural problems.
North Korea made an official request because of famine in 1995. United Nations World Food Programme started to send food with ships to North Korea in 1997. Level of aid was 700,000 tons. There were some controversies about Bush’s usage of aid as a “way of diplomacy”. Bush decreased the level of aid to 350,000 tons first and 40.000 at last. China and South Korea also send 1 million tons of aid to North Korea. 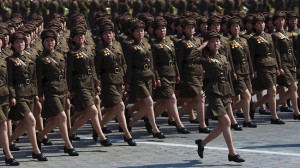 North Korea is still accepting aids from countries like China, Japan and United States. In first years of 2000s, World Food Programme reported again that North Korea will face the famine again and North Korea government sent city-dwellers to farms. Today, people escaped from North Korea and some politicians like Jimmy Carter notice that starvation return back to North Korea and 20,000 people died of starvation in South Hwanghae Province in 2012.