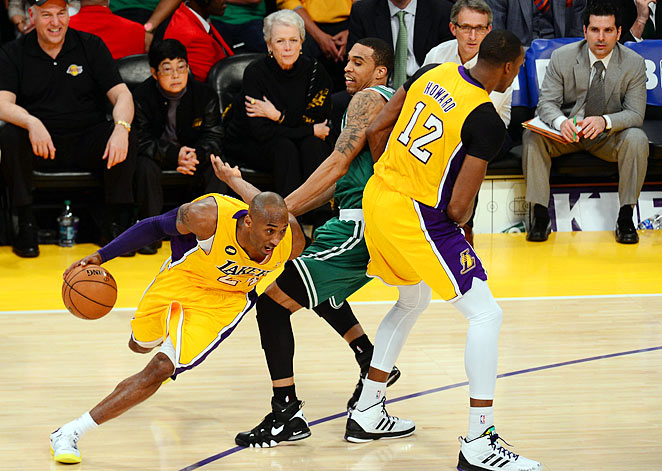 Kobe Bryant or Kobe Bean Bryant with his full name is one of the biggest stars in NBA history. He’s still increasing his career points. He’s now 15-time All-Star and has many records of NBA. Beside his career on points, he’s also a perfect defense man and chosen to All-Defensive team for many times. He’s third of league’s all-time post-season scoring now. He has 5 NBA titles, 2 NBA Finals MVP award, 1 NBA Most Valuable Player in 2008 and 1 NBA Slam Dunk Contest champion in his career. Fans and columnists gave him many different nicknames in his career. How many nicknames of Kobe Bryant are there?


There are 8 known nicknames of Kobe Bryant now. The most popular is definitely Black Mamba. Kobe Bryant nicknamed Black Mamba himself. Black Mamba is world’s deadliest snake ever. Mamba’s strike accuracy is %99 like Kobe Bryant’s shot accuracy. Kobe Bryant also said in an interview that Black Mamba is virtually impossible to kill. He gave this interview after he pointed 81 points in a game in 2006 and there was no one against the nickname after that perfect interview timing.
Some fans called Kobe as “King Kobe” It’s true that every player in such career or high performance are called as king. Many people call also Lebron James or Dwyane Wade as king. Some fans made a small documentary about Kobe in 2009 and they made an example for this nickname. According to document, Kobe is like Disney’s Robin Hood. When he’s away, Prince John is trying to wear the crown but when he’s close, no one dare to wear the king’s crown because real king is there. 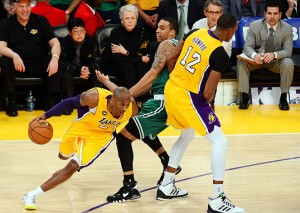 The Untouchable is another popular nickname of Kobe Bryant. In his career, there were many NBA players made flagrant fouls to take Kobe out of court. But Kobe only lost a few games on all seasons beside the games he’s rested. He has God given talents but he’s also working hard even he’s a star and he’s the strongest on all seasons of NBA.
The Closer was one of the popular nicknames of Michael Jordan in his career and no one could take it till Kobe Bryant latest season performance. The Closer comes from buzzer beaters. It’s too close to last second and team needs a hero for last shot. It’s always Kobe and he’s always successful. Many NBA fans believe that Michael Jordan will always be in the hearts by his nickname The Closer but Kobe is also worth to this nickname.
“The Staple Gun” was a nickname posted by a Kobe fan in one of the Lakers forums. Lakers fans believe that there’s no player scorer than in the league and they liked this nickname and used it for many times. Some fans disagree to put this nickname because it’s a nickname of a popular gun and notices the crime. 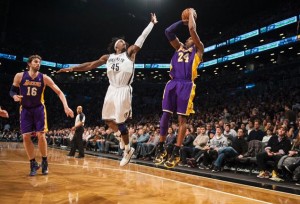 “Lord of the Rings” nickname is coming from 5 NBA rings of Kobe Bryant. There are only 2 players Shaquille O’Neal and Tim Duncan with 4 rings still playing while Kobe has 5. After Shaquille O’Neal retired, there are now only 2 players as Kobe and Tim Duncan. After Tim Duncan’s close retirement, he will be only one playing with so more rings.
Mr. 81 is the Kobe’s nickname came after his 81 points performance against Toronto Raptors. He scored 2nd highest point of NBA history in Jan 22, 2006. Many Kobe Fans believe that he’s the only one now playing on NBA that will break this record. Also he has nicknames like Triple B and Dark Knight. 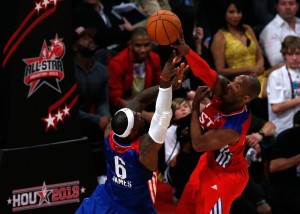