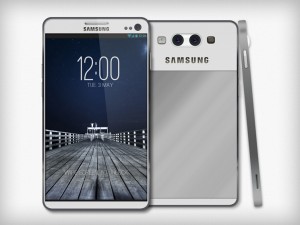 Many people believed that Samsung will use “eight-core Exynos 5 Octa” of company which is released in latest Samsung organization and the fastest one in the world. But many sources from Samsung revealed that “eight-core Exynos 5 Octa” has serious overheating issues especially in processor area. Samsung believed that it will not be available for Galaxy 4 and changed the processor to 1.9GHz quad-core Qualcomm Snapdragon 600 processor. Samsung used dual-core Snapdragon S4 MSM8960 processor in some limited Japan Galaxy S3 models and it was a good test for this processor type.
Many mobile websites rumored that Samsung developed a new screen type for this device and its name is SoLux display. After HTC released LCD3 display on its HTC One, many Samsung fans believed that Samsung will also release Samsung Galaxy 4 with this great screen type but now most of the sources claimed that phone will come with SoLux display. It’s a common complaint that AMOLED display Samsung used in their latest phones have big problems and cracking issues. Samsung Galaxy 4 will come with 4.99-inch full-HD display and AMOLED display type is not enough for such high processor and screen quality. 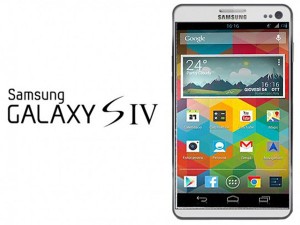 Many Samsung fans were waiting 4 GB RAM at least on this new flagship device of Samsung but Samsung put 2GB RAM. According to resources, Samsung engineers believed that 2GB RAM is enough for maximum benefit from device. It can run 1080p videos without any problem with such RAM amount. Because of growing storage demand, many sites wrote that there will be 128 and 256 GB versions of Samsung Galaxy 4 but first versions of mobile phone will come with 16/32/64 GB.
Photos from cam hardware of Samsung Galaxy 4 leaked internet two months before release. According to latest news , Galaxy 4 will have 13-megapixel camera with many standard features like autofocus. Android’s new firmware will work perfect with Samsung Galaxy 4’s camera and sharing abilities also will be used simply.
Size of new device is 140.1 x 71.8 x 7.7 mm. It will have a removable battery. It’s very important because fixing the battery related problems of Iphone is impossible now for many users. It will be 138 grams while Iphone 5 is 112 grams and it’s some disappointed users. Samsung didn’t give up from physical home button and added touch buttons on body and sides of device. 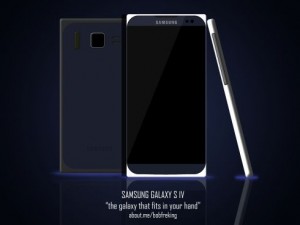