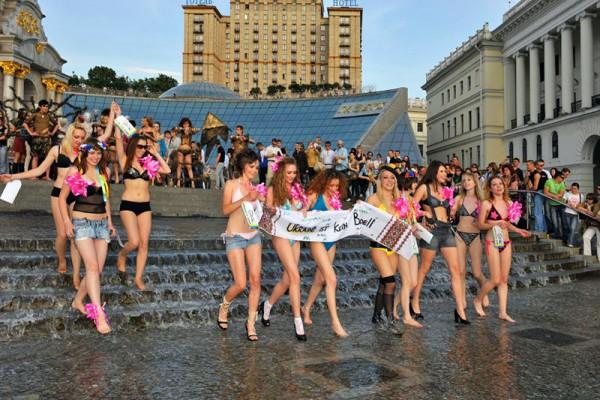 FEMEN is a worldwide famous protest group firstly set in Ukraine. They are famous for their topless protests all over the world. Their main goal is standing against sex tourism and other women problems. Their mission which is written on their first slogan was showing Ukrainian women to world stronger. FEMEN’s members have various sociocultural roots. But main age range of group is 18-20 university students. Their main aim is being the biggest Feminist group on the world. They are also preparing for being a political party. FEMEN’s financial support is coming from individuals. How many members FEMEN has? 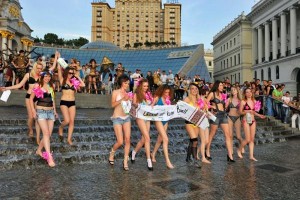 Last reports showed that FEMEN has 300 fully clothed and 20 topless attenders. Today it’s possible to find FEMEN branches in world’s different countries like Rio de Janeiro and Rome. Facebook closed their page because of pornographic content but they are now fighting to open it again.

There are lots of critics and controversies about FEMEN. Most of Ukrainian people think they are introducing Ukrainian women to world as topless ones. But their movement made some good impacts on the sex tourism of Ukraine. Especially their protests about sex tourism in 2012 Europe Football Championship forced the government to take some measurements about it.

They demonstrated themselves as “Beyond religion and politics” but some Ukrainian politicians labeled them as Putin’s agents in 2010. But FEMEN is always making protests against Putin. Also today they are fighting on claims of drug usage in group and Russia’s RU FEMEN’s political problems.