The Bahamas or the Commonwealth of the Bahamas with its official name is a country of island. Capital city of country is Nassau. It’s one of the most popular holiday destinations now in the world. Especially some islands are very popular but country is trying to make ads on the name of “The Bahamas” Government is working to open new hotels and facilities for tourism. Also they are working for inhabited islands of country. How many islands of The Bahamas are there?


There are totally 3000 islands, cays and islets in The Bahamas. There are over 30 big islands, 700 tiny islands and many islets in the area.
New Providence is the principal island of The Bahamas. It’s most popular and most populous one. 175,000 people are living in the big cities of New Providence. Also island is known as a tax heaven with 400 banks. There are many big hotels in the area, also it’s possible to see castles and ruins from British-era forts. Also big resorts like Atlantis International Resort are in this area. 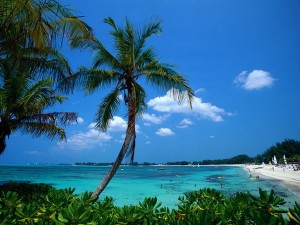 Grand Bahama is not the biggest island of Bahamas but it’s one of the most popular one now. It’s popular with long beaches and clear sea. Big hotel chains built many hotels in the area and there are world quality waterfall restaurants. Beach casinos of island are also very popular. Freeport is the biggest city of island and it’s one of the most environmental friendly cities in the world.
The Abacos is known as Abaco or “Out Islands” by local people. It’s not a big and complete island but a marvelous area of islets and little islands. It’s accepting as an island now and area became one of the most popular Bahamas islands till 2000s. There are many little villages in the area and many Hollywood stars have houses in these villages. Island is also popular with its untouched tropical flora. Many scientists visit here for wild tropical birds. There aren’t big hotels in the area and beaches are very quiet. 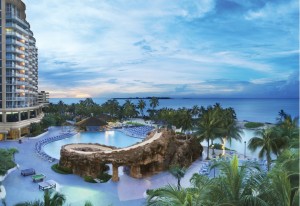 Andros is the biggest island of The Bahamas. But total population of island is only 8,000. Island became popular when many flight companies set direct flights from Miami to important cities of Andros like Kemp’s Bay and Nicholl’s Town. There are some hotels here but many visitors came to island with boats with different sport and recreation facilities.
Bimini is the closest island of The Bahamas to Florida. It’s only 50 miles. It was very popular in 50s because many important writers like Zane Grey and Ernest Hemingway came here to live, write and fishing. The population of island is 1,600 only and they live in Bailey Town. Government set the Alice Town as tourist destination and many hotels are opened in this city. It’s a big tourist hub now with big fish restaurants. Also many big fishing contests of the world are made here.
Eleuthera is one of the Bahamas islands which is popular between riches and celebrities. It’s one of the islands connected to Miami with direct flights every day. Spanish Wells is the biggest city of island and it’s popular with long beaches. Also Governor’s Harbour is a popular area of island and many artists come here for painting.
The Exumas island is another one connected to Miami with direct flights every day. There are not any big hotels in the area and island mainly base of facilities. Many people came here from USA in weekends for fishing and other activities. Also Cat Island, The Inaguas and San Salvador are very popular in the area.