Japan is an island nation of East Asia. It has borders to Sea of Japan, Russia, South Korea, China and Taiwan. Japan has one of the biggest population rates in the world with 127 million people. Japanese people mostly live in Tokyo. It’s known that first people of Japan Islands lived in Upper Paleolithic age. Japan’s borders were smaller than today but in the big wars like World War I and Russo-Japanese War, they expanded their borders. Country has one of the longest life expectancy in the world with one of the lowest infant mortality. Japan land is known with earthquakes also. There are lots of researches about the source of earthquakes in Japan but there’s no definite explanation. How many islands are there in Japan?

There are 6,852 islands on Japan and Japan Government 4 islands as main islands. They are Hokkaidō, Honshū, Shikoku and Kyūshū.
Honshu or Honshū is the main land of Japan. It’s also the largest island in the Japan mainland. 103 million Japanese people are living here. Island has a large border to Sea of Japan and province’s economic power comes from agriculture and fishing. Also there are some unique vegetables like Yamanashi and Aomori growing on the island. Mount Fuji is the biggest and most popular ridge of island. Honshu frequently lives earthquakes. Great Kantō earthquake and March 2011 earthquakes are biggest earthquakes in last century. Island moved 2.4 m after 2011 earthquake. 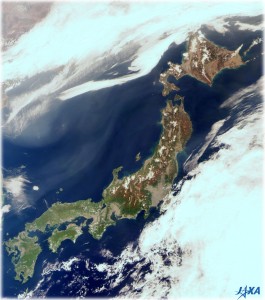 Hokkaido is the second largest island of Japan. There’s a underwater tunnel named Seikan Tunnel connecting Honshu to Hokkaido. It’s known that first settlements in island were 20.000 years ago. Hokkaido is one of the most seismically active islands of Japan. Also there are lots of active volcanoes like Mount Koma, Mount Tokachi and Mount Tarumae in the island. There are lots of big earthquakes in the island in last decade, Okushiri earthquake in 1993 and island earthquake in 2003 are the best known ones. Island is also an important education land with lots of universities. 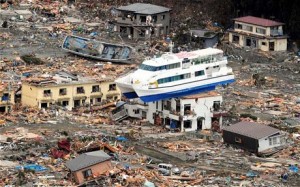 Kyushu is the third largest main island in Japan. Kyushu covers 35,640 square kilometers. Island’s border is mostly covered by other small islands. Kyushu has a unique subtropical climate. Kyushu is the source of rice, tea, soy and silk for Japan. Kyushu is one of the safer areas on earthquakes of Japan. So Japan’s biggest universities are mostly constructed in here. Some of them are Nagasaki University, Miyazaki University, Fukuoka University and Kyushu University.
Shikoku is the smallest one in the Japan’s main islands list. It has 18,800 square kilometers and only over 4 million people are living in island. Island has borders to Honshū and Kyūshū. Shikoku is known mostly with its mountains. Mount Ishizuchi is the highest mountain in island. Main economy source of island is Besshi copper mine. Also island’s economy goes on the pulp and paper industry. Shikoku Island’s people like to live in the island and they rarely go to other islands. There are no major teams of island in the big leagues of Japan.
There are lots of small islands also in the Japan Borders. Pacific Ocean’s biggest islands are Izu Islands like Aogashima, Toshima and Miyake. Also Ogasawara Islands like Minami Torishima and Chichi are the big islands of Pacific Ocean.
Ise Bay also have some islands. Kamishima, Ozukumijima and Kozukumijima are some of them. Also Japan government created an artificial island for Chūbu Centrair International Airport. 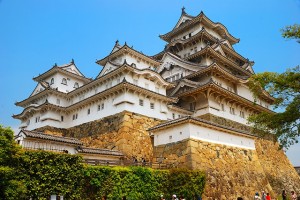 Japan government also created artificial islands in Osaka Bay for various reasons. Some of them are Kansai International Airport, Kobe Airport and Wakayama Marina City. There are also islands in Tokyo Bay and Sea of Japan.