The city of Toronto is also known as “the city of neighbourhoods.” Districts of Toronto has many neighborhoods which is over 240 in latest research. Before 1998, Toronto was a smaller municipality and Metropolitan Toronto was the main area of city. But after 1998 and new migration rules, Toronto started to enlarge and new districts like Etobicoke, East York, York and North York joined the city as municipality. Main center of Toronto is known as “Old City” now. Most of the districts are carrying new character with Toronto which is calling as pre-war style and there are also some neighborhoods carrying after-war style buildings and environment. How many districts of Toronto are there?


Old Toronto is the most popular district of Toronto. From 1967 to 1997, Old Toronto had strict and not enlarging boundaries. Some old people use “South” or “Central” name for this area. Also it’s possible to see the “The Fashion District” name in fashion markets. Locals use the slang name “King-Spadina” for area. It’s possible to see impression of English Colonialists in the district. In 19th century, English Saints’ names like St. Patrick and St. George were on the wards and they are still living in the Metro stations. District has four subsections as Downtown Core, North End, West End and East End.
East York is another popular district of Toronto. It’s between the Victoria Park Avenue and Don River. Before 1998, it was a small area but after 1998, it became a megacity of Toronto. Statue of East York was semi-autonomous borough before 1998. Also it was only borough of Canada. In East York, main residents are South Asians. Also Chinese people and Blacks are living mostly in East York. East York was a conservative district and for many years, alcohol is not allowed in any restaurants. But after 70s, conditions are changed and now district is not so conservative. 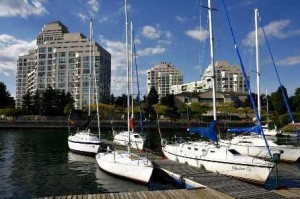 Etobicoke is on the western section of Toronto. It was a municipality of Toronto before 1998 and its now one of the important districts of city. According to last census, 347,948 is living in the district now. District is very close to important points like Toronto Pearson International Airport, Lake Ontario and Humber River. Etibicoke word is coming from “ato-be-coake” origin which means “place where the alders grow.” Canadians mostly prefer to live in Etibicoke. Also South Asian population is very high in district. District is now the lowest population density in Toronto districts now because there are few industrial areas but various inducts. Middle class of Toronto are preferring to live in Etobicoke till 2000s. 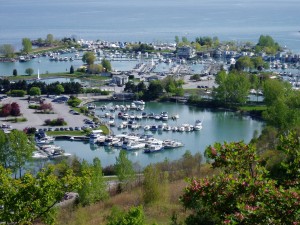 Scarborough is the eastern part of Toronto. District has borders to Lake Ontario and Victoria Park Avenue. Scarborough is the district which has the oldest history in Toronto districts and there were villages in the area 200 years ago. In 1900s, villages created a big cultural community and Elizabeth Simcoe gave its name who inspired by Scarborough Bluffs in England. Scarborough is the most popular place for new immigrants of Toronto. It’s possible to see main characteristics of Old Toronto in district but various immigrants are also adding some flavor to it. It’s also the greenest part of Toronto.
North York is the north part of Toronto. It has a population of 635,370 people. North York is a unique district with its structure compared to other districts because it has both richest and poorest neighborhoods in it. While The Bridle Path and York Mills are most affluent areas of city, Flemingdon Park and Jane and Finch are the poorest ones.
York district is in the northern part of Old Toronto. 143,255 are living in the district according to last census. 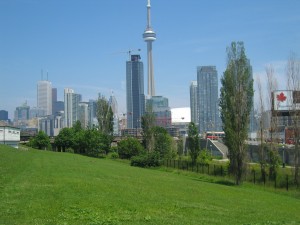