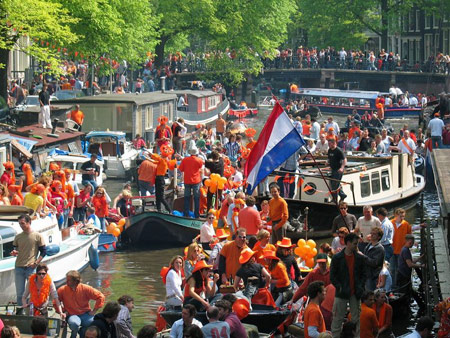 There are approximately 140 festivals and events in Amsterdam every year. Some festivals are for one week but there are also one day festivals.
Summer festivals are the most important ones in a year. Amsterdam International Fashion Week is one of them. It’s also a leading fashion festival on the world. Every year thousands of designers come to Amsterdam for Fashion Week.
Amsterdam Gay Pride is another important festival calls all gays from the world to Amsterdam. Main event in festival is going through canals with boats. 80 to 100 boats are available for festival every year. Over 250.000 spectators come to see festival. Decorations and music are available also in this festival. 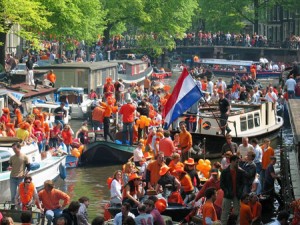 Holland Festival is also a popular festival of Amsterdam. Festival starts mid-June. Festival includes art, theatre, music, opera and more. Music is the leading part of festival and every year big musicians come to Amsterdam for this festival. Tickets start to sell on March and finishes after little period.
Vondelpark Openluchttheather is an old music festival of Amsterdam but now it’s a worldwide festival. Vondelpark Openluchttheather starts with classic music concert traditionally in Tuesday. Friday is the dance day; Saturday is the kids’ day. Main music type in festival is chill.
Canal Gardens in Bloom is a travel festival in Amsterdam. Mostly adults over 30 join this festival. Leading event in festival is to see hidden gardens of Amsterdam house owners. Owners open their gardens to viewers.
North Sea Jazz is one of the biggest Jazz organizations in the world. Festival starts on mid-July. It was a smaller festival in 2000s but today it developed and over 20.000 Jazz lovers are coming every day to festival. So festival’s area is changed to Ahoy’ complex. 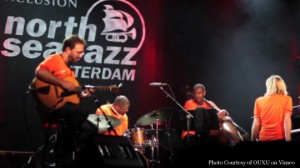 Appelsap is also one of the most popular Hip Hop festivals in the world. Festival is organizing by Appelsap. Festival’s main aim is meeting local hip hop artists to famous hip hop artists.
Hartjesdag is the local festival of Amsterdam coming from middle-ages. It’s known as ‘Hearts Day’ festival also. It’s not a huge festival and main event is drinking beer. But the event making the festival so popular is cross dressing tradition of it. This tradition made the festival where transvestites are attending mostly. Germans banned this festival in 40s but in 1997 it started again.
In Amsterdam, festivals are mostly holding in summer. But life never stops in city and other seasons are also full of festivals. Most famous spring festival of city is Amsterdam Restaurant Week. It’s a festival that you can eat on all Amsterdam restaurants from 25 euros. It’s very important to book tables because reservations are closing after 1 week.
Also there are cultural festivals like World Press Photo, Amsterdam Fantastic Film Festival, Art Amsterdam, Crossing Borders and Museum Night. 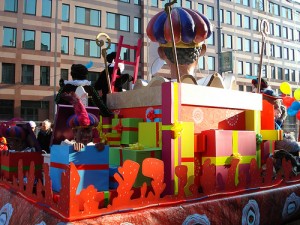 Before 2005, most of festivals were free but today you have to buy ticket for most of them. Tickets are not expensive but it’s hard to find. Also sometimes Amsterdam municipality cancels festivals so tourists must be very careful.