Until the first days of humanity, we are living with the volcano and lava truth. World is still developing and it’s changing under and over the soil. It’s hard to say new active volcanoes are growing every day but there are some active volcanoes that are threatening even the continents. Title making them dangerous is not only lava, they are also triggering many big earthquakes. Eruptions killed hundred thousands of people in the history and we are still not safe against it and there’s no way to stop them. How many big active volcanoes are there in the world?


One of the active and dangerous volcanoes in the world is Mauna Loa in Hawaii. According to latest measurements, it’s the largest volcano standing on earth. Also it’s one of the five active volcanoes covering the Hawaii. Peak of volcano is 120 feet. According to researches, volcano started to grow 700,000 years ago and continued eruption. Last active moment of Mauna Loa was in March 24, 1984 and it lasted in April 15, 1984. Lava of Mauna Loa’s eruption is more dangerous than other volcanoes because lava of it is very fluid and speeds up easily.
Taal Volcano in Philippines is also very active. It’s shaped as an island and very close to capital city Manila. It also triggers Pacific Ring of Fire for many times. There’s a big population located in the shores of lake and volcano’s eruption killed thousands of people living here in the history. In the 20th century, it erupted for two times. First time was in 1911 and killed thousands of people and also left high levels of sulfur to sky. Last activity of Taal Volcano was in 1977 and it stayed active till 1991 with some explosions. In 8th June’ 2010, an alarm is given by the Philippine Institute of Volcanology and Seismology for the new eruption possibility.
Ulawun in Papua New Guinea is one of the most dangerous active volcanoes in the world. It’s always possible to see a steam on the top point of it. It’s still active and leaves lava flows but not big and dangerous ones. First known big eruption of Ulawun was in 1700. There have been 22 known big eruptions till 1700 and thousands of small explosions. Lasy big activity of Ulawun was in 1980 and ejected ash clouds to 60,000 ft. There’s also a seismic activity of Ulawun and created earthquakes between 5.1 to 6.0. 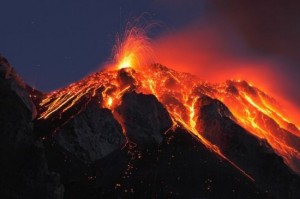 Galeras is the most active volcano of Colombia. According to researches, it’s active for over 1 million years. It has many eruptions in the history but most known ones are in the Spanish conquest period of country. The city of Pasto is very close to volcano with 450,000 residents in it. It erupted for two times in 1978 and 1988 and second eruption was a disaster and killed six scientists and three tourists who were in a meeting. Last eruption of volcano was in January 3, 2010 and it forced 8,000 people to evacuation.
Japan land means earthquakes and volcanoes and Sakurajima is the most active volcano in the land. Kyūshū was an island close to mainland and 1914 eruption created a connection between island and mainland. It’s still active and making explosions. There’s city of Kagoshima close to volcano with 700,000 residents and there are special shelters built for lava now in city. 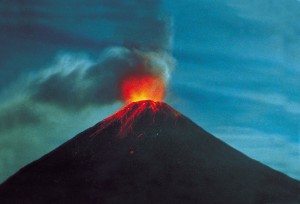 Yellowstone Caldera in USA is the super-active volcano of the earth. It can eject lava on 1,000 cubic kilometers. Also according to some scientists, a big eruption of this volcano will be the end of the world because it will trigger all other volcanoes continuously. 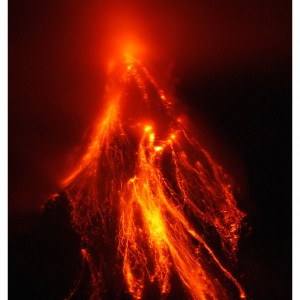