“64-bit” is being more popular every day with new computers and technological developments. Especially lower price of Windows 7 64-bit became a popular topic in the technology world and between users. It’s true that before 2007, it was very rare to see home computers using 64 bit operating systems but today more and more people are migrating to it. 64 bit came with important developments like more ram usage than 32 bit computers. Also developments on 64 bit security made it very popular between users. How many advantages and disadvantages of 64 bit?


Main difference between 32 bit and 64 bit is in the CPU’s register. CPU needs storage to keep important information and need quick access to it. In 32 bit operating systems, CPU register area is very limited and CPU needs more process to access it but in 64 bit CPU register area is bigger and CPU can reach it quicker than ever. For example, limit of a standard 32 bit CPU is 232 addresses and it is capable for processing 4 GB RAM on maximum level but 64 Bit CPU means more RAM usage than 4 GB. 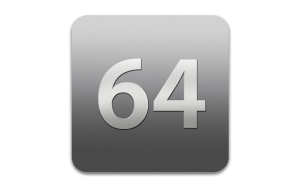 It’s true that first 64 bit CPU and operating systems are released in 2000s. Windows Xp 64 Bit edition and Mac Os X 64 bit edition was the first releases for this category. But driver integration was these products were very limited and people get headache. So 64 bit computing became a topic everyone stays away. 64 bit is mostly used in servers and professional devices. After Windows 7 64 bit release and Microsoft’s high support in device drivers, 64 bit became a main target of home users. Also Playstation 2 and Nintendo 64 was using 64 bit CPU’s before public release of Windows 7 64 bit and their success in speed and processing made 64 bit very popular.
Main advantage of 64 bit operating system and CPU is RAM usage. 32 bit operating system is limited on 4GB. But today it’s possible to see that computers with I5 or I7 processors are selling with 8 GB Ram at least. Theorically, 64 bit CPU and operating systems are supporting up to 17 billion GBs Ram it means today RAM amount of 64 bit is unlimited. It’s possible to see some limitation on Windows versions even CPU supports more. For example, Windows 7 64-bit Home editions supports up to 16 GB. But in Ultimate edition or Professional edition, it’s possible to use up to 192 Gb Rams. 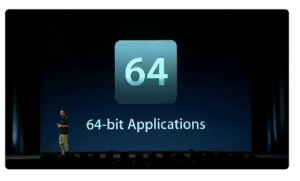 More Ram means more efficiency, power, speed and stamina. Also 64 Bit has a quicker access and calculation formula that will get your computer faster than ever. Also virtual memory problem is lesser than 32 bit in 64 bit. So opening a Photoshop or processing a GB sized Crysis file doesn’t mean hours to wait. Also Virtualbox’s support of 64 bit OS means that you can run both Windows 7, Windows 8 and Mac Os X in the same moment.
It’s mostly for servers but home users are also in the target of hackers today. Especially kernel hacks and driver hacks are what antivirus software cannot clean or stop. 64 bit CPUs have more security options than 32 bits. Protections like hardware D.E.P. or Kernel Patch Protection are avoiding driver based attacks or other patches.
Popularity of 64 bit operating systems and CPU’s are also forced software creators to write 64 bit software. It means less failure, faster memory and CPU usage and also more secure software installations for all home and professional users over the world. 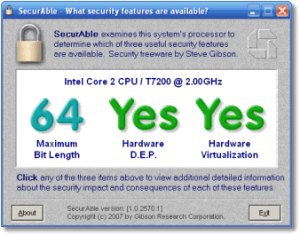