World War II was the second global war after WW1. After the World War 1, there was a peace period but countries were still arming and people were talking about a new world war because many nations believed that First World War couldn’t choose many clashes. It was the war that over 100 million people joined and caused 73 million fatalities. It was the first and last war that nuclear weapons are used in warfare. According to historians, it was the biggest conflict in the human history. How many years the World War 2 lasted for?


Some historians believe that 1937 is the starting year of World War 2 and everything started when Japan Empire aimed to dominate East Asia and declared war to Republic of China. But the official history says that 1 September 1939 when Germany invaded Poland is the started date of World War 2.
Second World War became also the political war between leaders like Hitler, Churchill and Stalin. In 1938, Hitler targeted Czechoslovakia. English, France and Italy leaders met and signed an agreement known as “Treaty of Munich” British leader Chamberlain returned to country with an agreement that signed by Hitler as “peace in our time.’ Against all agreements, Hitler invaded Czechoslovakia one year later and targeted Poland.
In 1939, Russia and Germany signed a secret pact that countries will share Poland. Then Hitler invaded Poland and Britain declared war to Germany. France also declared war to Germany.
After politic attempts in 1939 which are known as “phony war” Hitler invaded Norway and Denmark. He targeted Sweden but couldn’t succeed it totally. 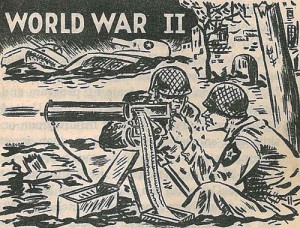 In 1940 May, Hitler started a new war and called it as “Blitzkrieg” He attacked Belgium, Holland and Germans occupied them in a small period. British leader Chamberlain resigned and Winston Churchill became the new leader of country. Nearly all small European countries accepted the power of Germans in the end of 1940 and France signed an armistice after Germans occupied country.
In the last months of 1940, war also spread to Africa. “Battle of Britain” started and German air power bombed the British ports and important industrial centers. The Royal Air Force of Britain started to resist against Hitler’s Luftwaffe bombers. In the September 7th, Hitler bombed London. Night bombing started by Hitler over London and it was the first time in the history. 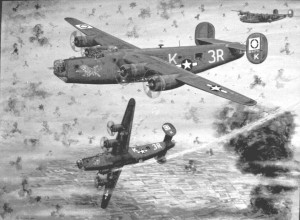 In 1941, Germany and Italy started to attack countries like Yugoslavia, island of Crete and Greece together. Also German troops went to Africa. Russia was the only big power against Germany in 1941. Hitler sent 3 million soldiers to Russia against treaty between them.
In 7 Dec 1941, Japan forces attacked to US Pearl Harbor and changed the destiny of war. It forced United States to enter the war and they declared war to Japan. Also England declared war to Japan.
War was also going on in Africa and US Army started to support British Army. They defeated German and Italian armies and war in Africa finished. After this defeat of German army, Russians also started to defeat Germans in battles like “Battle of Stalingrad” In Italy, Mussolini went out of office and new government had surrendered.
In 6 June 1944, D-Day changed the wind of war when The Allies attacked German troops in France. After that battle, German army started to be pushed back. European cities started to be liberated. German army made its last defense on “Battle of the Bulge” but it was not successful. US and Soviet Army came close to Berlin.
First Italian leader Mussolini executed and then Hitler committed suicide. Hitler’s successor, Admiral Donitz was surrendered Germany. Japanese refused surrender and US dropped atomic bomb to country for two times. Japan was surrendered and war finished. 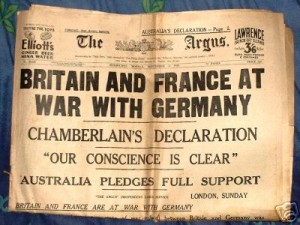