World War I is the First World War started in 1914. Clash of the countries started in 19th century but there was only cold war and big development war between them. But first years of 1900s showed that humanity wouldn’t choose the clash without a war. Assassination of Franz Ferdinand in 1914 was the fire starter of First World War. Over 70 million military personnel joined the war and 9 million of them are killed. It caused many changes, revolutions, social changes and more in the world history. It was only a few weeks big countries entered the war after Bosnia- Serbia conflict. How many years the World War 1 lasted for?


Everything started in 28 June 1914 when a Serbian student Gavrilo Princip from Black Hand nationalist group assassinated Archduke Franz Ferdinand of Austria and his wife in Bosnia.
One month later, Austria declared war on Serbia and clash started. Serbia was allied to Russia while Austria was allied to Germany. One month later, Germany declared war to Russia and France. After those events, Britain declared the war.
First big battle of World War 1 was “Battle of Tannenberg” Russia army entered Prussia. Germany troops used the railways but Russians commanders didn’t notice it till first attacks were started. It was one of the biggest defeats in World War 1 history and Germans killed thousands of Russians soldiers and took 125,000 prisoners of Russians.
After that battle, many countries over the world joined the war because of alliance agreements between countries. Japan was one of them. “Battle of Masurian Lakes” was the important point of World War 1’s first period, Germans couldn’t defeat Russians first army completely but took 100.000 prisoners.
In 29 Oct 1914, Turkey entered the war with helping Germans and Russia declared war to Turkey. German naval bombardment started to bomb Russia with the help of Turkey. Also France and Britain declared war on Turkey because they were allies of Russia. 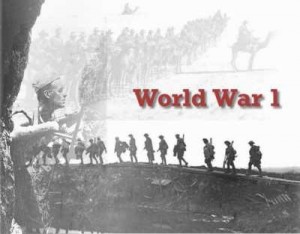 On 1915, Russia wanted help from Britain and France and “Dardenelles” of Turkey was the only way to go there by sea way. Turkey stopped French and English navy on Dardanelles.
In 1916, German u-boats started to sink passenger ships especially American ones. USA declared war to German on this year. Bolsheviks made the Revolution in 1917 and then signed an Armistice with Germany. According to agreement, Russia will stop the communist propaganda and pay 300 million roubles to Germany.
After first months of 1918, strength of German armies are started to be broken and British powers started to take back the countries. Also Germans lost their power on Belgium and Balkans. In Oct 1918, Allies started to send back Turkey army and Turkish Army lost the battle. Allies forced Turkey to an armistice. With agreement, Allies has right to enter Dardanelles.
German army is pushed back by Allies till Nov 1918 and German Army went to border of Hindenberg. It was first sign about the end of war also.

In 11 Nov 1918, All countries entered the war signed an armistice and declared that the war is finished. World War 1 caused many events like dissolution of the Ottoman Empire, clash between Israelis and Arabs in Middle East and more. Also many new countries are set like Yugoslavia and Czechoslovakia by join of many nations. It also caused independence movements on many nations and Australian and New Zealand people called the Battle of Gallipoli as “Baptism of Fire”. Also different regions of Canada fought for one target for the first time and it caused Canada country to set. 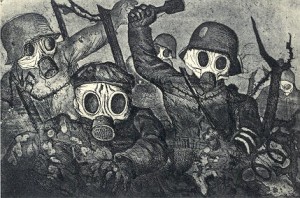