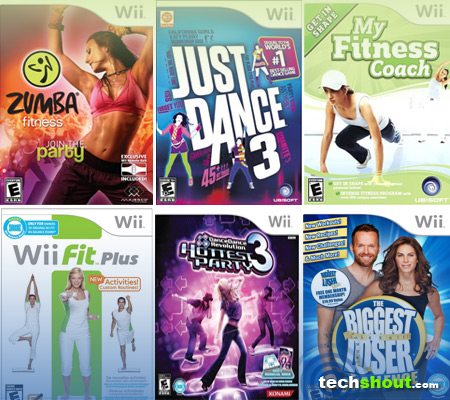 Wii means energy and movement. There are no similar consoles like Wii using so much movement. PS3 and Xbox released movement catchers like Wii but they couldn’t achieve success like Wii. Wii created a new game category as exergaming. Games like Wii Fit, Ea Sport and Dance Dance revolution made a very funny way of exercising and gaming. Also Nintendo released some fitness accessories like Wii Balance Board and these additional accessories made fitness a popular category in Wii games. How many Wii fitness games are there?


It’s true that main aim of an exercise game is exercising. But when it’s a game console, only exercising is not enough and game must be funny also. Punch-Out is the perfect combination of fun and exercising. It’s possible to burn over 200 calories after 5 hard matches. People who never played Wii boxing games will find easy and useless to punch air but Punch-Out is so realistic that it’s hard to say no to this game. Game is offering all movement of box like hit, block, punch, keep, lean right or left and more. Also it’s possible to feel a real development while passing the levels and taking popular boxers to knock-out. Also it’s using all advantages of new Motion Plus accessories.
Active Life: Outdoor Challenge is offering run, jump, tilt, pump and more. It’s hard to find a game with more attractive than Active Life: Outdoor Challenge in Wii. It’s a real cardio workout that after some games, it’s possible to hear that heart is pumping in ears. It’s also possible to play it with friends. Main disadvantage of game is that game is a combination of mini games and these mini games are very short. 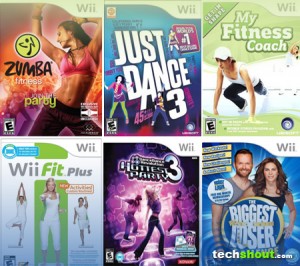 Dance Dance Revolution: Hottest Party series is not the best dance game in Wii fitness games category but it’s the easiest dance game in Wii. There are various dance games but it’s very hard to keep step to them. Games like Just Dance are becoming a repeat of same dance moments after 1 hour but Dance Dance revolution series is very creative and repeating feel is less than others.
Wii Fit Plus is the Nintendo’s gift to fitness lovers. First game Wii Fit is released but gamers criticized it because it’s only fitness game with no fun. So Nintendo added lots of mini games to Wii Fit and created Wii Fit Plus. It’s true that Wii Fit Plus is not offering completely professional muscle and other cores exercising but it’s offering fun while making exercise. Especially some mini games are very creative and funny. Wii Fit Plus has also a jogging game that use speaker of controller so it’s possible to jog while watching TV. 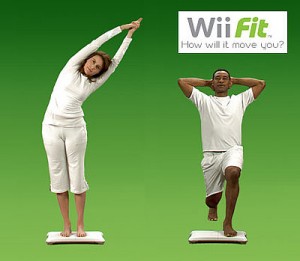 There are lots of professional fitness games for Wii created with important fitness personalities but none of them can pass EA Sports Active and EA Sports Active 2. Before all, EA Sports Active is offering a balanced workout for amateurs. It’s not trying to make gamer the muscled man in three weeks. Maybe it’s not offering fun so much but gamers can feel the professional mind inside the game modes.
Shaun White Snowboarding is a classic for Wii. Game is using all power of Balance Board. Also game’s atmosphere is very realistic that while game is not waiting any arm movement, gamers are trying to use their arms for balance.
Skate It is also a classic Wii game but it’s some harder than classic skating or snowboard games. Especially gamer need to develop herself if she want to be an expert in Skate It but it’s worth to do it.