In the world there are lots of organizations in order to protect the environment or world’s cultural heritages. Maybe UNESCO is one of the most popular organizations that are established in order to protect the heritages of the cultures along the whole world. Let’s look at the expansion of the abbreviation of UNESCO. It is United Nations Educational Scientific and Cultural Organization. It is an organization of United Nations and it is established in the year of 1946 after the Second World War. 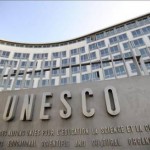 The basic statues of this establishment are determined on November of 1945 in the city of London and there are 44 countries when the basic statues of the establishment are determined. The center of the organization of UNESCO is on the Paris city and it has tree managing organ. These are general conference, executive committee and secretary ship. After the UNESCO accepting the Palestine on its constituent in the year of November 2011, United States of America starts to stop to give financial support to the UNESCO and as a result of this UNESCO decides to cancel all the events of that year up to the end of the 2011. The General Conference of the establishment of UNESCO that are formed by the representatives of the countries that establish the UNESCO is assembled in each year between the years of 1946 and 1953 but on the other hand this assembly has been taking place for each two years from the year of 1954. When we look at the whole conferences we see that up to now 33 general conferences are assembled and in these assemblies general things about the organization are talked and argued, they analyze the programs of studying of UNESCO and determine the budget that are used by the UNESCO for the world’s cultural heritages. When we look at the number of secretaries in the UNESCO we can see that there are 10 secretaries from the different regions of the world and these are from those countries: United Kingdom, Mexico, United States of America, Italy, France, Senegal, Spain, Japan and from Bulgaria. The main goal of the secretaries is to determine for next two year’s programs and do the necessary technical supports. 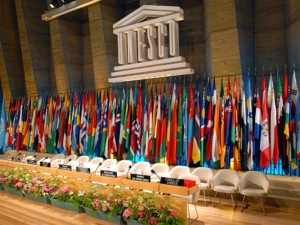 The number of UNESCO heritage sites in the world.

When we look at the whole world we can see lots of natural and other artificial structures that are very beautiful and they must be protected in order to world’s losing those valuable things. On this point UNESCO is protecting them. According to the last research that is done by experts there are 981 world heritage sites in the world that are protected by the organization of UNESCO. These world heritages’ 759 are cultural, 193 natural, 29 mixed places. In order to protect them UNESCO always finding budgets and helping people to protect them and as a result of this we as people don’t lose our valuable world’s heritages thanks to the UNESCO’s workings. 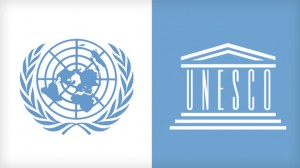