Dolphins are one of the most popular sea mammals ever. It’s possible to see dolphins worldwide but they prefer to live mostly in continental shelves. They are carnivores and eat mostly fishes and sometimes squids. According to researches, they are evolved ten million years ago and they are most intelligent animals till the day they evolved. They are very friendly to human and have a big place in the culture of humanity. First known literature about Dolphins is in the Greek mythology. Also they have a big place in the popular culture with icons like Dolphin Flipper. How many types of dolphins are there?


There are 36 types of dolphines in the world. 32 of them are marine dolphins and there are river dolphins with unknown number of types. According to latest researches, there are 4 main river type dolphins. Dolphines live in saltwater but there are also some dolphin types living in frash water.
Bottlenose Dolphins are most popular dolphin types in the world. They are the general dolphin type used in the circus and other exhibition centers. The feature makes the so popular is their face type. With their mouth and nose, they seem like they are always smiling. Bottlenose Dolphins are large sized dolphins and their size can increase up to 14 feet but common size is 10 feet. They have been seen in every water of the world but they only can’t swim on the polar water. They live in the deep water and come to inhale in every two minutes. Most of the Bottlenose Dolphins today have strong inhalign ability and they can keep their breath up to 4 ½ minutes. They have also high level of intelligence so many exhibition centers use them. Also some companies use them to find underwater mines. 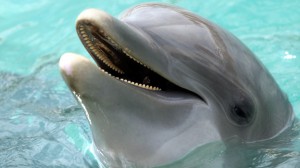 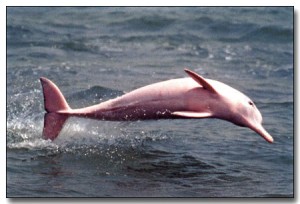 Striped Dolphin is not a social type of dolphin and they mostly live in limited locations. Because of their coloration, people wrote many stories about them in the history. Local hunters call the Striped Dolphins as streakers because they swim very fast to run away from boats and only a line is possible to see on the water. Standard lenght of them is 9 feet. They mostly live in warm waters. They are commonly lost their way when they went to Alaska and it’s possible to see many videos showing the Striped Dolphin behaving unusual and using a strange way. Because they have ability to dive up to 2,300 feet, they have lower extinction danger than other types.
There are also river dolphins and known number of river dolphin types is 4. They are mostly smaller but it’s also possible to find river dolphins up to 8 feet long. They are the only dolphin types live in the freshwater. It’s especially possible to find them in Amazon and Mekong rivers. Most of the rivers today they live are dirty and muddy but they are still living in these rivers. River dolphins are very social and they have great effort to keep and save members of group safe in their community. 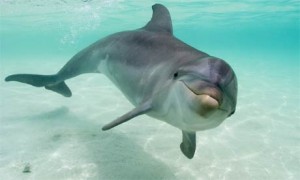