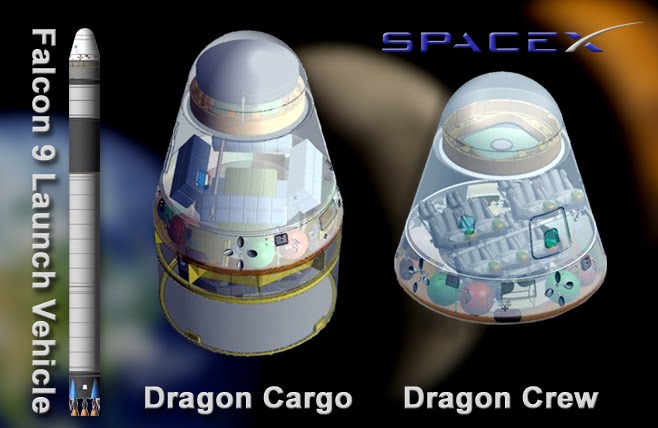 SpaceX is the first space transportation company in the world. Their main complex is in Hawthorne, California. They took a Commercial Orbital Transportation Services from Nasa. In 2012 Nasa made an announcement about SpaceX that all signs are showing the first private flight to space station is ready.

SpaceX is making tests for 10 years. They made lots of successful tests. Also they hired old NASA astronaut Ken Bowersox. They awarded a $492 million USD contract about sending Iridium satellites with Falcon 9 rockets. How many Spacex devices are there transporting people to space? 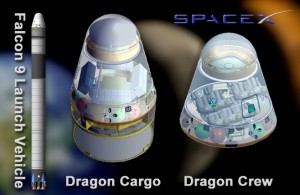 There are two launch vehicles and one transportation vehicle of SpaceX Company. Falcon 1 is main launch device and it successfully carried a satellite to orbit in 2009.

Falcon 9 is the other launch vehicle of SpaceX. After the test Falcon 9 reached to orbit in 4 June 2010. Then lots of other tests were made.

Main transport vehicle of SpaceX is Dragon. It made the main test in December 2010 and connected to International Space Station successfully. After that it awarded as first commercially-built spaceship on the world.

In 30 April 2012 SpaceX’s Falcon 9/Dragon will make its first non-demo travel. Company’s Ceo Elon Musk made some interviews with newspapers and said there will be commercial flights to Moon and Mars. There’s no exact date for sending people to space commercially but predictions are about 2014 to 2018. There are also some controversies about fresh air in Dragon space vehicle.