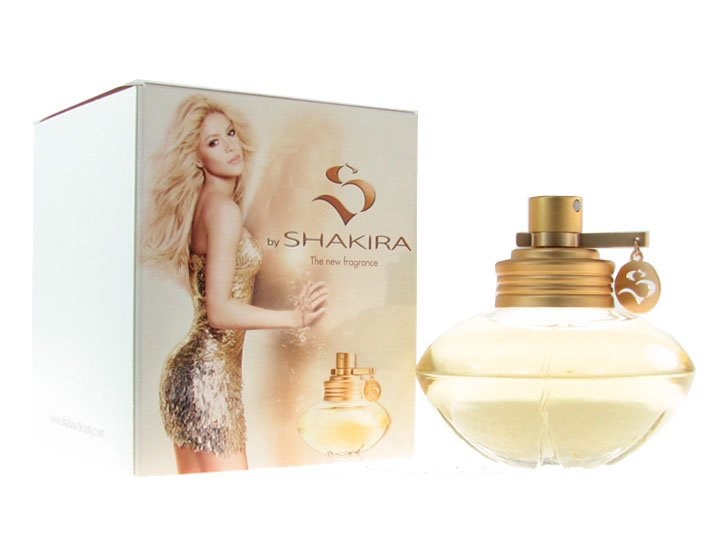 Shakira Isabel Mebarak Ripoll or Shakira with her well-known name is one of the most popular singers in the world. She’s a unique singer with her popular belly dance and vocal ability. Also her ability to sing on Italian, Catalan and Arabic is unique. After some not successful albums, she released “Whenever, Wherever” single and became a worldwide popular singer. Today Shakira has her own star on Hollywood Walk Of Fame. Also she sold over 200 million albums at all. She’s not active like similar celebrities on markets like merchandising or similar but she has perfumes. How many Shakira perfumes are there?

There are 4 Shakira perfumes today in the market. They are Amuleto, Elixir, S and S by Shakira Eau Florale. She’s working with Elisabeth Vidal for creating perfumes. She mostly prefers oriental based scents.
Amuleto is the first Shakira perfume in the market. Shakira introduced perfume in 2008 but after some market strategies, perfume is taught to release on 2009 but never released. Today it’s only possible to find it on collectioners. Perfume shined on first look with its gem shape. Also red and gold color palette is giving the feel of an old and precious smell.
After market fail of Amuleto, Shakira and her cooperated perfume company Puig Beauty released “S”. Promotions of perfume started on Spain in 2010. Shakira examined the perfume as harmonious and melodic like music. Amber and Benzoin’s mixture was a good try for such an assertive perfume. It’s possible to see some inspirations from Amuleto in the bottle. But this new and modern look is beautiful than it. Top note of S is only Jasmine. It’s so strong that no other scent need on top note. Middle notes of perfume are sandalwood but it’s not enough to fill the blank alone. Base notes amber, benzoin and vanilla. Perfume authorities and fans like “S” but they criticized that effect of perfume is not long enough. Also it’s more oriental than normal level. 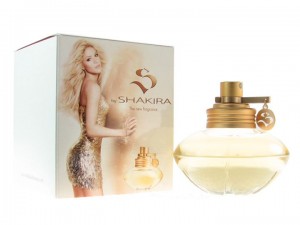 After “S”’s limited success, Shakira released S by Shakira Eau Florale in 2011. S by Shakira Eau Florale is a total floral scent. Perfume is created by Elisabeth Vidal and Shakira. Shakira wanted a light, simple but attractive smell. So Vidal used scents like jasmine, bergamot and cassis. Also some deep notes like blackberries and fresh vanilla are used. Fans and authorities found the bottle a cliché. Top notes of perfume are bergamot and black currant. Power of perfume is coming from scents in middle notes like jasmine and heliotrope. Base notes of perfumes are strong but classic with vanilla and musk. While Shakira is trying a light but attractive smell, authorities praised perfume as a good exotic one. Some fans found perfume too sweetie.
Shakira released “Elixir” in 2012. At first look, “Elixir”’s bottle is a good mixture of modern and oriental figures. It’s possible to realize that Shakira and Vidal again tried something new with orange blossom-black pepper on top notes. Also peony and orange blossom in middle notes are experimental. Because of critics Shakira’s old perfumes are not lasting too much, producer of perfume used amber, musk, styrax, brown sugar and white cedar extract together in the base notes. Some fans claimed that “Elixir” is very similar to Lolita Lempicka’s “Si Lolita”. 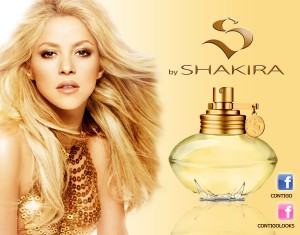 Shakira is not successful like Jennifer Lopez or Beyonce in the perfume market. But she’s trying to create always unique with experimental scents. There are some rumors that Shakira and Puig will release two new powerful perfumes but “Elixir” is still on the advertisement period and it means new perfumes will have to wait more. 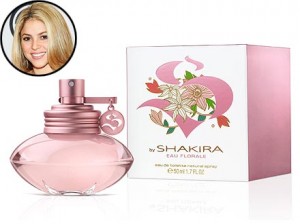