Science fiction is one of the most popular genres in cinema and literature today. According to researches, first sci-fi article in the history is Lucian’s True History. It’s written in 2nd century. It continued with popular books of their time like “The Tale of the Bamboo Cutter” and “Theologus Autodidactus” Jonathan Swift’s Gulliver’s Travels is accepting as the first modern sci-fi. Also Voltaire’s Micromégas is an important sci-fi literature of its time. There are many names and movies about sci-fi today. Some of them are Isaac Asimov, Carl Sagan, H. G. Wells and more. Writers made many predictions about future in their literature and some of them came true in the history. How many science fiction predictions came true in the life?


Most popular science fiction prediction came true is probably The Atomic Bomb. When H.G. Wells wrote his popular book “The World Set Free”, he described atomic bombs in details. It was 30 years before first atomic bomb is invented. Wells has some knowledge about atomic physics and he realized that atomic physics can be used to build explosives. In H.G. Wells’ imagination, atomic bombs were not powerful than standard bombs but they have power to explode in the area they felt for days. He also predicted that when an atomic bomb gone off in an area, it will create uninhabitable nature for years and it will make many people ill. 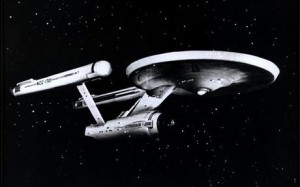 Another popular sci-fi prediction is internet. It’s true that it was a common dream before internet that people share knowledge by their computers in a web. But none of the writers described the internet before Mark Twain’s ‘London Times’ of 1904″ story. He described the internet as we know today. Twain imagined a phone system which is called as ‘telectroscope’ and it was connecting all people over the world. It was a phone with improved ‘limitless-distance’ feature so it would be possible to share the knowledge between all continents. Mar Twain wrote the story in 1898 and it was 1998 when internet is opened public.
Moon Landing was one of the biggest dreams of man in the history. Many writers in the history wrote about moon landing but none of them were close to reality then Jules Verne. In Verne’s story “From the Earth to the Moon”, it was so close to true that Verne called it ship’s name Columbiad and the first ship went to Moon was Columbia. He imagines the crew consisted of three men and it was tree man in Columbia, after mission, crew felt to Pacific Ocean and saved by U.S Navy ship and Verne wrote it like he saw all video footage. 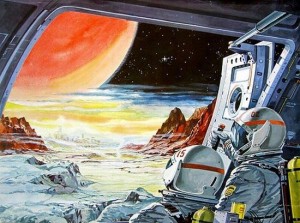 Radar was another strange prediction of sci-fi novels. It’s written first by Hugo Gernsback in “Ralph 124C 41+” novel in 1911. Gernsback predicted many things like remote controlled television, solar power and tape recorders but it’s hard to say he’s the first man predicting them beside he’s the first man predicting radar. He wrote the working principle of radar completely true. It was 1934 when Navy released first Radar system in U.S.
Credit card is one of the most popular tools in modern life. Edward Bellamy was the first writer of them in 1888. He imagined first credit card transitions in his novel “Looking Backwards” also he imagined the duplicate receipts. In his novel, a man was sleeping in 1888 and waking up in 2000 in a socialist society. In his novel, government was paying a part of credit to all people. He also detailed how different currencies will use same credit card all over the world. 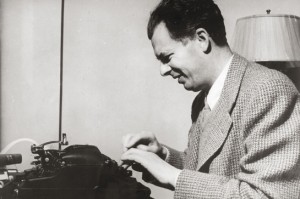