The President of the United States is the head of government and state in the USA. He is also commander-in-chief for the United States Armed Forces. According to laws of USA, no one can be chosen more than twice in the elections. There are some rules to be an American president like being a “natural born” citizen of USA and not being under 35. George Washington was the first president of USA and Barack Obama is the last one. Washington took office in the April 30, 1789. Andrew Jackson was the first USA president chosen from Democratic Party and Abraham Lincoln in the first Republican. How many presidents has USA had?


There have been 44 presidencies entered the office. There were four presidents died by natural causes while they are president. They are William Henry Harrison, Warren G. Harding, Zachary Taylor and Franklin D. Roosevelt. Also there are four president assassinations in the USA history. Assassinated presidents are John F. Kennedy, James A. Garfield, Abraham Lincoln and William McKinley. Also Richard Nixon resigned because of Watergate scandal.
Presidents were mostly lawyers before taking the office. 26 of all presidents were lawyers before presidency. Also presidents who have military service experience are not few in the USA. 22 of the presidents were experienced in the USA military service and 9 of them were generals. 14 of the presidents worked as Vice-President before being President. They mostly became president because of resignation or death. Only 5 of 9 Vice President became President are re-elected. 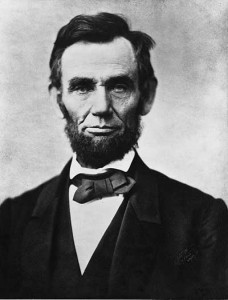 State of Ohio has the record to send their governors to Presidency Office. They have sent him for 7 times. New York has sent also 7 times but most of the historians calculate it as 6 because Grover Cleveland’s double. Also Virginia sent for 5 times but it was first 5 and then they couldn’t send again. According to last election, 19 different states had sent their governors to The Office.
It’s a common survey in USA that Survey companies ask to people about greatest American president. According to 2000’s survey made by ABC News poll, %19 of USA residents answered the question as Abraham Lincoln. %17 answered it as John F. Kennedy, %11 answered it as Franklin Roosevelt and %9 answered as Ronald Reagan. According to Harris Interactive poll in 2012, Ronald Reagan is the best one with %25 and Franklin Roosevelt is voted by %19 of surveyors. 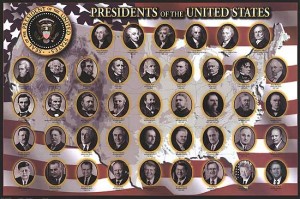 It’s true that personal features and biographies of presidents are also very important for USA residents. There are thousands of different researches over this topic. One interesting research about presidents is about their handedness. People on the 19th century believed that using the left hand is a disability or sign of evil so teachers forced students to use their right hands. There are lots of researches about president’s handedness before 1900s but it’s hard to know the truth because this information is also manipulated for the elections. According to records after 1900s, 6 of the presidents used left hand. They are Herbert Hoover, Harry S. Truman, Gerald Ford, George H. W. Bush, Bill Clinton and Barack Obama. 7 of them used their right hands and 1 President, Ronald Reagan was ambidextrous which means using both hands with same ability.
Also USA residents always like to give President’s names to important school. George Washington’s name is living on George Washington University and Washington College. Truman’s name is on Harry S Truman College, Kennedy’s name is living on John F. Kennedy School of Government of Harvard University and Barack Obama’s name is given to The Barack Obama Academy of International Studies in Pennsylvania. 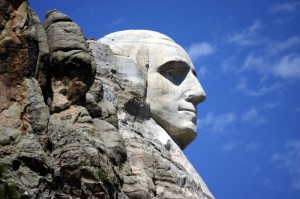