Rubik’s Cube is one of the most popular puzzle games ever in the world. It’s invented in 1974 by Ernő Rubik. He called his invention as “Magic Cube” and then cube is licensed by Ideal Toy Corp. According to latest numbers, 350 million Rubik’s cubes are sold in the world. According to many lists, it’s world’s best-selling toy ever. There are many types of Rubik’s Cube today but classic type is including six faces and nine stickers. It’s firstly invented in 2×2×2 format and then changed to 3x3x3. Today there’s an organization called as The World Cube Association and it’s making organizations all over the world. How many possible configurations of Rubik’s Cube are there?


According to scientific research on Rubik’s Cube, there are 43,252,003,274,489,856,000 possible configurations. It means when a man turned one cube every moment, he can finish all configurations in 1400 trillion years.
Rubik’s Cube is created as a teaching tool. Main aim was teaching 3D objects to children. In first attempt, Ernő Rubik couldn’t notice that he invented a big puzzle and he only tried to find object turning freely without leaving the main object. 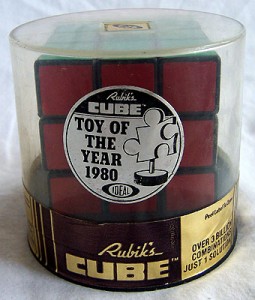 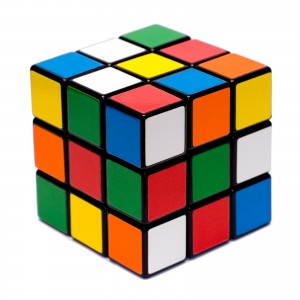 There are today Speedcubing competitions for the Rubik’s Cube. Championship is helding till 1982 and world record is 22.95 seconds. Also there are many little organizations in exhibition like Blindfolded solving, Solving the Cube underwater in a single breath, solving with one hand and similar.
Record for 3×3×3 Rubik’s Cube is set in March 2013 by 5.55 seconds. Solver was Mats Valk of the Netherlands. Giovanni Contardi solved in 9.43 seconds by one hand. Group solving record is 12 minutes. Hungarian Marcell Endrey solved cube in 26.36 second in blindfold activity. Tomoaki Okayama solved with 20 moves only in 2012. A robot solved the cube in 5.270 seconds.
There are many versions of Rubik’s Cube today like 2×2×2, 3×3×3 and 4×4×4. Also a new 7×7×7 version is released. 11×11×11 is possible in test but it’s not licensed or produced now by any company. Also computer games on Rubik’s Cube are possible. 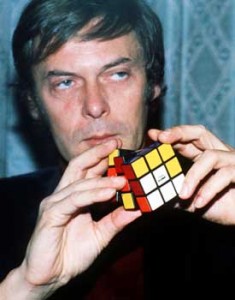