Game world is developing so quick that it’s hard to follow it. Every year a new game from legendary series or a starter of new legends are releasing and it’s easy to find a good game on the shelves today. 2013 will be an unbelievable year for game lovers because they will both play the first games of game series and they will finish some of the legendary series also. In the last decade, it’s maybe hard to find some new video game genres in the world but it’s possible to see big developments on character and atmosphere details. How many most anticipated games of 2013 are there?


It’s true that according to video game surveys, most anticipated game of the 2013 is BioShock’s new game BioShock Infinite. First rumors of new game on legendary series are started on 2011 but first reveal of new game was made in 2012. Also there were many rumors about release day. First release date was 2012, then postponed to February and last announcement is March 2013. Official announcement of release date from Irrational Games is March 26. It’s true that Bioshock series always followed Final Fantasy. All games are set in different worlds and atmospheres but some key events were stand. After Bioshock 1 and it’s strong political and social messages, most of the gamers believed that Bioshock 2 swam on the safer water. But first previews from Bioshock 3 showed that Irrational Games is again in deep water and attacking to American Nationalism totally. 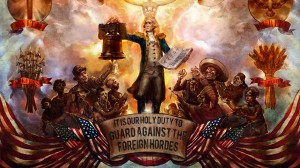 Other anticipated game of 2013 is definitely Aliens: Colonial Marines. Aliens the movie is a classic and popular culture icon. It’s possible to find some rare items from Aliens movies in Ebay selling from thousands of dollars. And games of movie series is also went into the classics. After popular game “Aliens vs. Predator”, it was a big license conflict between companies which stopped the new releases. At last, Gearbox bought all rights of game and started a new one. It’s important because Gearbox is a company Aliens fans believe totally. According to first news from new game, genre of game will be shooter. Also first videos showed that game will recreate the atmosphere of movie.
Devil May Cry is also an anticipated game of 2013. DMC has maybe most various fan groups ever for a video game. Every change even littlest in the hero “Dante” or game is creating big controversies. Most of the fans complained about hard combat styles and company made simpler combat style but today it’s possible to see that most of the fans are complaining about simple combat styles. Against all problems, Ninja Theory Company was successful to solve same problems in their previous game: Enslaved.
Dynasty Warriors is also a series with different fan groups. New game of series “Dynasty Warriors 8” will be released in 2013. Most of the gamers believe that Dynasty Warriors series is a video game for fun with cheap Kung Fu movies. But it has also a strong tradition coming from legendary “Romance of the Three Kingdoms” game. 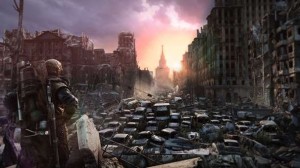 Metro: Last Light is the new game of Metro series. Metro 2033 hit the market and it made an unpredictable success. Metro’s success is coming from creating a new and not predicted post-apocalyptic atmosphere which has different models than genre clichés. It’s possible to name the Metro: Last Night as a detailed sneak peek in the Metro world. Game is allowing to go deeper parts of Metro societies and more action. It will be also a strike of THQ after bankrupt in 2012. 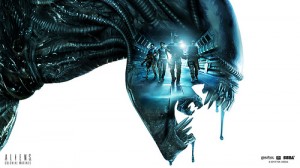