Wi-Fi is a method that mainly using for accessing internet by the signals that a broadcaster device is offering. System is using a very similar technique with radio waves. Wi-Fi creates a WLAN with the devices connected to it. There are some standards like IEEE and 802.11 standards while creating WLAN. Devices offering Wi-Fi connection today needs “Wi-Fi CERTIFIED” label on them. Wi-Fi today has many encryption systems to save knowledge from intruders and because of hacking, there are many researches for more secure and hard to break encryption ways. How many methods of Wi-Fi encryption are there?


WEP was the first way of Wi-Fi encryption and it’s now useless. It’s firstly created in September 1999. It needs 10 or 26 hexadecimal digits. After many flaws of WEP system are released, WEP2, WEPplus and Dynamic WEP are released. But they couldn’t be successful. Today there are many known ways to break the WEP encryption system. It’s also known that even if there’s a development on WEP it can be broken in a few minutes.
WPA or Wi-Fi Protected Access with its full name is released after flaws of WEP. It firstly became available in 2003. It was the time also WEP2 is released but many experts reviewed that WPA is more adaptable than it. After success of WPA, a new and developed release of WPA is made with the name WPA2 in 2004. In 2005, a big flaw is released which is allowing to bypass WPA and WPA2 security easily. Trick was using Wi-Fi Protected Setup and new releases of WPA are coming without it. WPA is today using two different password algorithms. One of them is TKIP. It’s offering use of The RC4 stream cipher. Security level of TKIP is 128-bit per-packet key. It means that every package serving to air is encrypting with a new password.

Also there’s a new encryption mechanism called CCMP. It’s an AES-Based security system and according to security experts, it’s stronger than TKIP. It’s possible to use it only in WPA2. It needs also 802.11n high bitrate schemes. It’s possible to choose a password with up to 63 characters in it.
“MAC Address Filtering” is also a popular but not for standard user solution of Wi-Fi security. All devices with Wi-Fi access have a unique MAC Address on them. It’s possible to limit the access of Wi-Fi to only devices you have. It’s some hard to make the settings for a standard user on modem. Also you are a person who likes visitors, you always need to add them into modem settings with MAC address approval. Also there are some known flaws of “MAC Address Filtering”
“SSID Hiding” is also a popular way of security. It means that you are hiding the SSID listing feature of your Wi-Fi broadcast and making it only possible for you and your family. There are many known problems of hiding SSID like reconnecting it. Wi-Fi signals can be hard to access and you need to connect Wi-Fi broadcaster again but it’s hard if you hide the SSID. 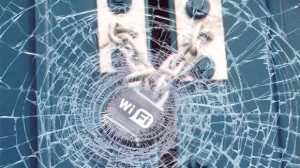 According to security experts, today best and most secure way for securing home connection is WPA2. It’s both offering a way to use more detailed and complex password and also keeping the broadcast safer than others. There are many works today for cracking WPA2 but none of them are successful to open public. There are some known little flaws of WPA2 system but it’s very long and hard way to crack it and also company is releasing patches quickly on the released flaws. 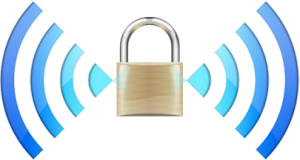