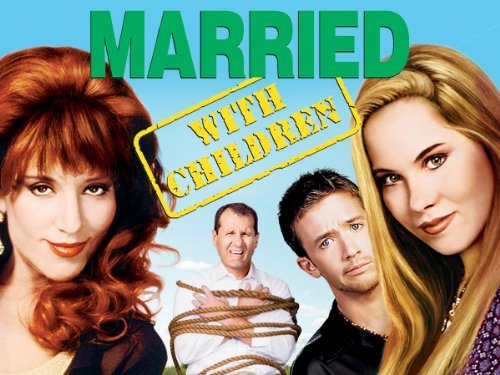 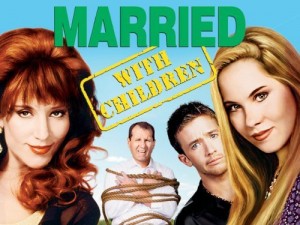 Al Bundy is the father of Bundy family. Ed O’Neill made a successful career on Married with Children with Al Bundy.  Al Bundy is a cursed woman shoe seller and he wants to return his school days back.

Peggy Bundy is the wife of Al Bundy. She likes money and refuse to cook. She likes to watch Oprah and Al makes lots of jokes about their marriage on episodes.

Kelly Bundy is the dumb blonde of series. Most famous move of her is mispronouncing the words. She also likes to take money from Al for expensive things.

Bud Bundy is the most intelligent Bundy in comparison with other Bundy family members. He attended to college and he likes to make jokes about Kelly’s stupidity.

Steve Rhoades is the first husband of Marcy. He is banker. He is a good wife on first episodes but then Al started to take him to the strip clubs. Jefferson D’Arcy is the second husband of Marcy. And Buck is the dog of Bundy family.

Married with Children played for 11 seasons of 259 episodes. Series watched over 45 countries over the world.