Many people think that same-sex relationship is a good way of saving from violence against women but it’s not. Researches showed that same-sex relationships have also same violence problems. Most of the women don’t want help against same-sex violence because they are hiding it from society and they are afraid of alienating as “lesbian” But women facing same-sex relationship violence can also apply to domestic violence shelter. Also they can call “National Coalition of Anti-Violence Programs”. There are many anti violence programs against insisting violence.
Violence against women at work was mostly sexual in 70s but today it’s also possible to see many women are harmed in offices or workplaces. It’s true that many people have none or little social life so there’s only office or workplace that they can speak to women and they mostly get in love to office worker women easily. Most of the women don’t want to talk about violence because they afraid of losing their job. There are many organizations saving women against violence on work and women have rights when they are fired because of insisting against violence. Also violence against women can be only making them uncomfortable at work and it’s also a type of violence. 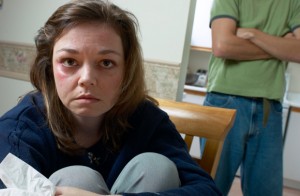 It’s misery but “violence against women with disabilities” is also a big problem in the world. There are many types of violence against women with disabilities like sexual assault or emotional violence. Besides family members and partners, it’s very common to see that caregivers are showing violence against these women. They are mostly refusing to make their daily routines and they are also showing physical and emotional violence. According to researches, it’s very common all over the world.