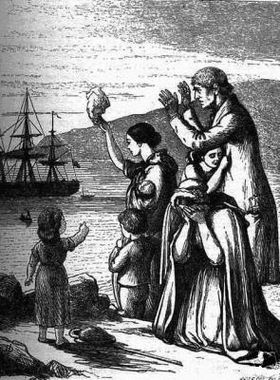 Great migration era is 1820 to 1860 for Ireland. Millions of Irish came to America for working or living safer. Now %12 of the all USA population is Irish American. This is 36,278,332 for the last numbers given by American government. How many Irish went to America in great migration era? 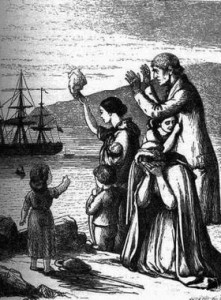 Irish people have big problems since 1990s in their own country. Problems with England, problems inside the country, problems on religion and more problems are forced Irish people to migrate.

Irish migration to America started in 1600s. Continued in 1700s. Lots of them were farmers and workers coming for a fixed time in America. Irish people started to work on the USA governments jobs in this area. In this era, Irish people created big communities in Kentucky, Arkansas and Missouri.  New Orleans was the city of Irish Catholics.

First half of 1800s was the big projects era for USA. Irish people migrated to America for working on these big projects like Erie Canal. From 1820 to 1860 is called great migration era and nearly 2 million Irish came to USA. They worked on the big cities like Philadelphia, New York and Boston.

In the American Civil War, Irish were sending to first rows by army. This was creating a complaint in Irish people day by day. Then they started the riot called “The Orange riot”.

Now Irish people are a big part of America. It’s possible to see them in government and churches. There are lots of ancestors of American Presidents in Ireland like Barack Obama and Bill Clinton.