Most of the people believe that cats are very strong and they eat what they found because they are living naturally in streets and forests so they don’t have chance to choose the food. But it’s not true. First of all, cats eat only a few things and it’s very limited. Second, cats are not careful on what they are eating and poisoning events of them are more than dogs and other domestic animals. Also people forget that a cat can’t find a big package of chocolate in the nature. How many human food can make toxic effect on cats?


Garlics, onions and similar root vegetables are one of the biggest enemies of cat. They are including a substance called as N-propyl disulphide and it’s one of the most dangerous items for cats because this substance kills red blood cells in all cat types. If a cat eats onion or similar, Heinz body anemia will start and if it eat more than standard, it may kill it. Also Garlic has same substance but in less level so it can be possible to save the cat from death in early treatment. 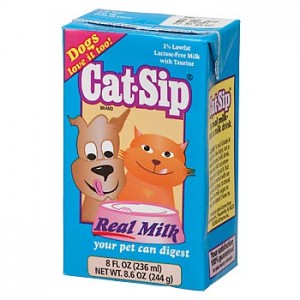 Green tomatoes and raw potatoes are also dangerous for cats. These type of veggies have Glycoalkaloid Solanine in it which is a very poisonous alkaloid for cats. After cat eat green tomatoes or raw potatoes, lower gastrointestinal symptoms starts after a few seconds and it may kill the cat. Many people ask about tomatoes in cat food but they are not dangerous because they are testing for toxic effect and they are very few to show effect on cats.
Chocolate is not toxic for only cats but its also toxic for dogs. Chocolate is toxic on these animals because of Theobromine which can’t be crushed in their system. It’s true that every kind of cats and dogs are showing different symptoms and they have different treatment ways against chocolate toxicity but if it’s some late after toxin went into body, it’s very hard to save the life of them. 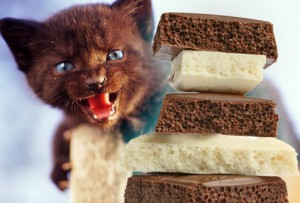 Raisins and grapes toxicity effect on dogs are very common but it was rare for cats. But in last 20 years, it’s not effecting only dogs but it’s effecting also cats. Some scientists believe that some hormones and other substances added to grapes and raisins are started to effect cats too. Also it’s very dangerous because researches showed that there are many new poisonous substances on new grape types and they are still unknown.
Most of the people and cat owners don’t believe that milk can be poisonous for them but it’s true. It’s very rare to see deadly effects of milk on cats but it has strong side effects. Especially, cat breeds which lost their nature and now totally behaving domestic totally are under the danger of milk toxicity and lactose-intolerant. Especially some cat breeds feel hard cramps after milk. It’s true that cats like milk and many of them are beggars for drinking a cup. You can use cream or milk with no lactose. Also there’s new product on the market which is known as CatSip and helping cats to digesting lactose easily. Cats need milk for health and keeping it away from them can be more dangerous than drinking.
Poisoning is one of the general reasons for cat deaths so calling the veterinarian in every symptom is very important. One of the common mistakes people are making for poisoned cats is giving water to them but it’s sure that giving water can be dangerous and it’s not the best thing to do for cat. 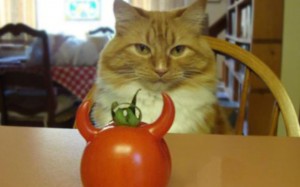