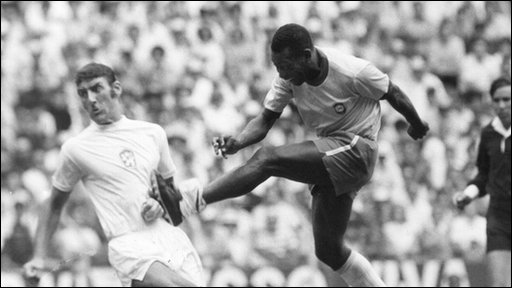 Pele is the biggest footballer on the football history for most of the football writers. There are lots of controversies about it but Pele’s goal rate and total goal numbers are very hard to break. He’s known as a national hero on Brazil and he’s still making contributions all over the world for football. He was a striker but he also played as playmaker on his career. How many goals Pele scored in his career? 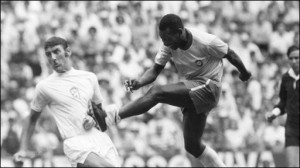 Pele is the nickname of the greatest player of all time and his real name is Edson Arantes do Nascimento. He started professional carrier on Brazilian football Santos. He started to play on first eleven of Santos in 1957 and he became top scorer of league. He was only 16 when he did this. He played on Santos for 17th season. His friends were also famous footballers like Coutinho , Pepe and Zito.  Then he went to New York Cosmos of America Football League as semi-retired. And he retired on 1977 with a Cosmos and Santos match.

Pele’s national team career is also very high. He played on international team firstly in 1958. He’s the youngest man played on World Cup final. Also his volley goal against Sweden is one of the most famous goals in World cup history. He also played 1962, 1966 and 1970 world cups for Brazil.