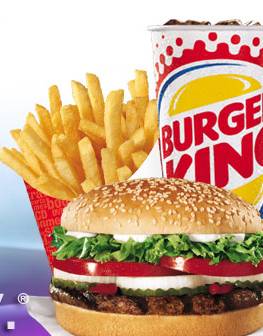 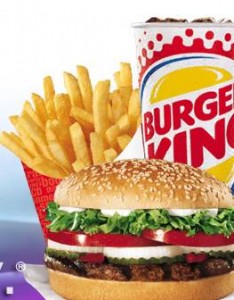 Burger King is evaluated its menus almost every year since 1954. It was only hamburger and milkshake to sell in 1953. Then first Whopper is produced in 1957. Then it became main product of Burger King.

In 1970s Burger King was living the Golden Age. There were advertisements of company all over the world. They were a piece of real American Dream at all.

Then with first years of 80s, Burger King started to fail in advertisements. They changed lots of advertisement companies but campaigns were not successful so sell rate of company decreased.

After ineffective advertising agencies for two decades, company made a big deal with CP+B. CP+B changed everything that Burger King Advertisements serve. They used internet, sexism and cultural signs. Advertising was so successful that Burger King earned old respect and sell rates back at short time.

Burger King has now over 12,400 places and they are located in 73 countries. They have also big competitors like McDonald’s, Subway and Wendy’s. Company’s main slogans are “Have it your way” and “It takes two hands to handle a Whopper”