First 3D video game hit for PS3 was “Crysis 2” Developer Crytek announced in 2010 that a Crysis game with 3D video engine needs long years of development and it’s very hard to release it in a close future. Especially in the scenes need more and more FPS, Crysis 2 were creating problems in the development period. But Crytek surprised all and released Crysis 2 with 3D. It’s easy to understand the work behind Crysis 2 3D when it’s compared with other PS3 3D games. Game is offering 3D in both gameplay and details. Especially Manhattan scenes took their place in the game history. Sunshine coming between skyscrapers, entrance of Manhattan Metro became unforgettable for video game fans.
Other impressive 3D Ps3 game is Gran Turismo 5. Each Gran Turismo is a hit and sell record guaranteed so GT doesn’t need to work so hard for a new 3D Gran Turismo game. But they do and they created the most realistic and detailed racing game ever. It’s a complete and strange feel to drive a Aston Martin DB7 or Honda Accord because everything so detailed that maybe none of real trims may include so more options in it. It’s possible to say that Gran Turismo set a new standard for 3d Video games and it’s especially hard for other video games because while other 3D racing game offer incredible 30 FPS 3D performance, Gran Turismo is offering 60 frames per second. 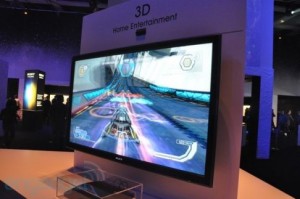 That’s true that Wipeout HD is released in 2008 and it was one of the first 3D games using latest technological developments. Wipeout game series always became popular with futuristic racing standards but SCE Studio Liverpool choose the right title for 3D Wipeout with hovercraft race in the futuristic place. It’s hard to make a comparison but Wipeout 3D is offering a deeper feel of speed than Gran Turismo in some races. SCE Studio Liverpool supported 3D feel with drawing tunnels for hoover crafts which is sure that feeling speed is easier in closed areas. Sony sold Wipeout HD with Sony Bravia and it boosted the sell rates also. 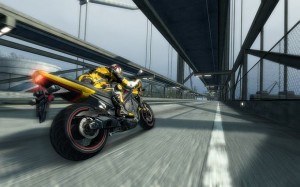 Each Killzone game became the game of the year but Killzone 3 has a special place with its 3D graphics. When it’s announced in E3, people believed that era of technology came. Especially atmosphere of Killzone 3 3D is unbelievable. It’s true that some parts of game like the jet packing action and in-flight combat seems like player is in a 3D demo but game is successful in total. Also Killzone 3 added something new to 3D PS3 games with battle in big area scenes.
A game classic Motorstorm Apocalypse is also revolution in 3D with camera affects through the racing. 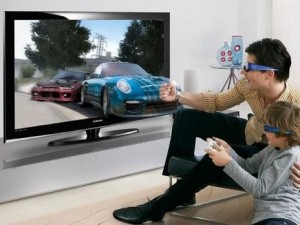