Ludwig van Beethoven is one of the most popular composers and pianists in the world. He shaped the Western art music culture and became a bridge for Europe to enter Romantic era from Classical era. He wrote string quartets, piano sonatas, concertos for piano and symphonies. He worked in his youth with Wolfgang Amadeus Mozart. After he moved to Vienna, he started to work with Joseph Haydn and quickly popularized as a virtuoso pianist. In the late years of his life, he faced hearing loss problem and then became completely deaf but he continued to produce music. How many Beethoven symphonies entered the best classical music works?


Definitely, most known piece of his musical masterpiece is “Symphony No. 5 in C minor, Op. 67” It’s also one of the most popular music pieces ever written. Piece starts with “a four note motif” which then became popular for focusing audiences to atmosphere of material. It was very rare to see such storm openings in dark tones for classical music before Beethoven. He plays with the mood in the piece professionally and it’s possible to feel that piece is rising to up in the latest moments of it. Final of piece is opening by glorious brass fanfare and closing with dark tones. One of the most influential works over Beethoven’s work is Carlos Kleiber and Vienna Philharmonic’s “Symphony No. 5 in C minor, Op. 67”
It’s definite that Beethoven like stormy symphonies. But his piano sonatas are not so stormy. 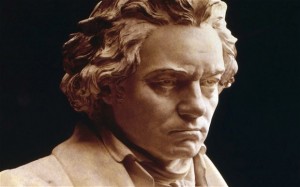 Especially “Piano Sonatas No. 8 in C minor”, “Pathétique”; No. 14 in C-sharp minor and “Moonlight” are very personal and easy. According to researches, he wrote most of his piano sonatas in the early years of his career and his lifestyle is shining through his works. He was not only an expert on piano but also he was an expert to hold people’s emotions. Middle of “Pathétique” and opening part of “Moonlight” are accepting as best music parts holding emotions of audiences so strong. Especially “Pathétique” was very popular in Vienna of Beethoven for leaving the people in tears. Alfred Brendel has a two disc set for Beethoven’s Piano sonatas and music authorities are accepting this recording as the best Beethoven ever. 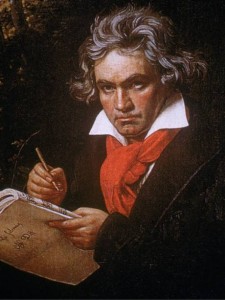 Beethoven didn’t only make a revolution in the orchestral music; also his string quartets became the milestones of this genre. His work String Quartets Op. 59, Nos. 1-3, “Razumovsky” is the most popular one. He listened Haydn and Mozart’s string quartets and succeeded to draw his own way. Musical master brains like Mozart and Haydn were following a music tradition called divertimento and Beethoven was the follower of this tradition. Also he developed rules of this tradition and created “middle period.” It was one of the most important developments on music to focus all attention of audiences to work. Takács Quartet’s works on Beethoven’s string quartets are accepting as the best ones in the world. 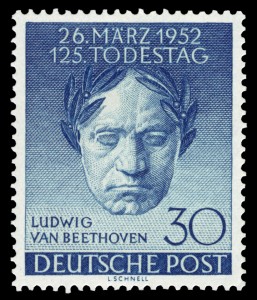 Symphony No. 9 in D minor, Op. 125, “Choral” s last moments are worldwide popular, it’s used in ads, radios and movies. But it has also a 40 minutes perfect work before final moments. This piece is also revolutionary and game changer for music world because it showed that a catchy melody can be inserted into classic music and it can be repeated till the end of piece. Also it’s one of the best works of Beethoven for the keeping audiences emotions strong for all movements.
Beethoven composed only one Violin Concerto and it’s popular like other works. It’s still accepting as a new and revolutionary ways for violin passages in works.