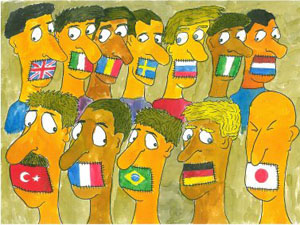 Language is a very basic tool that provides communication between people. Language can be defined as a verbal, physical, and biologically innate communication tool. This is such complex, dynamic and special human ability. We need to know a language even to think. Human need that to express themselves, understand other thoughts, feelings and to share whatever they need. Without language, all people can feel loneliness. Since humanity has existed, language has existed too. 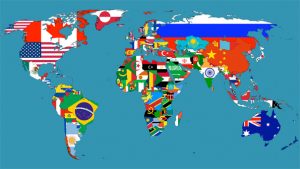 According to a research, all the needs of newborn babies have been eliminated but no communication has established and babies are close to death although there is no fundamental lack, except communication. This is so fundamental need to live. So we can understand that how a language is important. Animals communicate with each other too but it is different from the human language. Language can be spoken or written.

Distribution of Language On Earth

There are almost 6.500 world languages and 7.099 spoken languages are there in the world. Of these languages, 90% are spoken less than 100 thousand people.

86% of people use European or Asian language.

Just 18.5% of languages are spoken over the world.

The most spoken language is Chinese. 1.3 billion people use this language.

The second most spoken language is Spanish. More than 400 million people use Spanis Language.

The third language and knowns as wold’s language are English. More than 360 million people speak English as their native language.

The next most spoken language is Arabic.