Beer is the most popular alcoholic beverage in the world. Also according to researches it’s the oldest fermented beverage. Code of Hammurabi has rules for fermenting and drinking beer especially in public places. Ninkasi was the goddess of beer for Mesopotamians. Today beer is producing and serving to world by multination companies. But also it’s possible to see home brewery and brewpubs which are producing their unique traditional beer. Traditional beer’s alcohol level is 6% but there are also new types like beer with 0.5% alcohol which is also known as de-alcoholized beer and 20% and %40 alcohol ones. But basic types of beer are still surviving. How many types of Ale beer are there?


Basic beer types are Ale and Lager. Two types are today brewing all over the world. They have different tastes because different yeasts are using by breweries all over the world.
Ale type is the oldest beer type in the world. According to researches, People on ancient times were drinking Ale beer. Ale type beers are mostly sweet and full bodied. Color variation is possible because of different fermentation types. Ale beers are commonly pale gold but it’s possible to find dark. Some special breweries also produce rich brown color Ales. Main ingredient of Ale beer is “top-fermenting” yeast. Fermentation temperature of Ale beer is 55°F to 75°F. Pint glasses are classic for serving Ale beers. There are several subtypes of Ale beers. Amber Ale beers are very similar to Pale Ale but some sweater than it. This taste difference comes from excess malt used for Amber Ale beers. Most of the “Amber Ale” beers are darker in color. New Belgium Brewing Inc’s “Fat Tire Amber Ale” and Budweiser’s “American Ale” are the most popular Amber Ale products of the world. 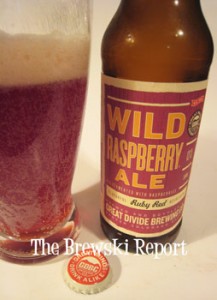 “Bitter beer” is very popular in England. Bitter taste of beer comes from unique hops used in England. Some English breweries use hops that are very similar to caramel or fruit taste. It’s a light beer that is possible to drink in meals or cafes. But some breweries are also preparing strong “Bitter beer” tastes. Some people call this type of Bitter beer as extra special bitter. Color of “bitter beer” is mostly gold but there are also dark red ones. Group Limited Brewery and Special Bitter of Foster is most popular “Bitter Beers.”

“Pale Ale” is the Ale type with most malty taste. Pale Ale’s from England are mostly very spicy and some of them are hot. But American “Pale Ale” beers are light, easy to drink and mostly have fruity aromas. Sierra Nevada Brewing Company is producing “Sierra Nevada Pale Ale” and it’s the most popular “Pale Ale” in America.
“India Pale Ale” or IPA with its popular name is also an English Pale Ale. But in 1800s, While British Colonists were carrying different hops and yeast from India to England, Indians also learned fermentation and they created their own Pale Ale after colonization ended. It’s very hard to distinguish the taste of two Pale Ale types but Indian Pale Ale is mostly in amber color. Shipyard Brewing Company is producing a special IPA.
Irish Ale is the product of long Irish brewing tradition. Characteristic features of Irish Ale are extreme hoppy taste and deep red color. Killian’s Irish Red is the most popular product of beer type.
Stout is a special Ale beer type. It’s mostly unmalted, including too low hops and mostly sweet. There are some types of Stout like dry stouts, oatmeal stouts and creamy stouts. Also there are porter and wheat beer types. 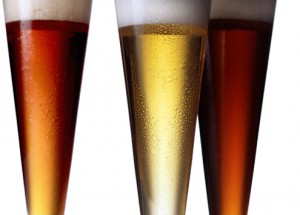