The Bourne film series became one of the most popular action/thriller spy films in the last decade. Movies are adoptions from book series of author Robert Ludlum. Story of movies are based on Jason Bourne who is an CIA Assassin but has extreme memory loss problem. Matt Damon starred on all The Bourne series. Series became popular with using real images instead of computer animated ones. DVD release of movies gained commercial success. Also after first series is finished, a new series is produced as “The Bourne Legacy.” How many The Bourne movies are there? 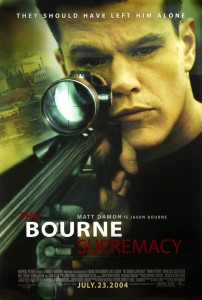 Second movie of series “The Bourne Supremacy” is released in 2004. Director was Paul Greengrass. Story is about Jason Bourne’s attempt to learn about his past and operation he joined. He learns important knowledge about Operation Treadstone in this movie. Movie became news on magazines after production started because Matt Damon and other movie members made interviews and said the Bourne series is finished after first movie. According to interviews, no one on the set believed second movie will be successful as the first one. But movie gained critical and commercial success. Rotten Tomatoes users wrote totally 188 reviews on movie and gave 81% accepted rating. Empire magazine added the movie to its 500 greatest movies of all-time list in 2008 from the 45th rank. Movie made $288,500,217 worldwide gross.
The Bourne Ultimatum is the last movie of the Bourne series and it’s released in 2007. Movie is directed by Paul Greengrass like second one. In the story of movie, Jason Bourne is still searching the truth about him and Operation Treadstone but his effort is making him the target of a similar operation. While it’s very rare to see references to first movie in the second movie, The Bourne Ultimatum is offering a big list of references to first two movies. Movie made 3 premiere and 1 advanced screening. Benefit premiere is made in Harkins Bricktown Theaters. It was for benefit of The Children’s Center in Bethany. 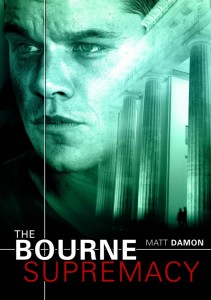 UK premiere is made in Leicester Square and Australia Premiere is made in Sydney. Also an advance screening is made in Boise Contemporary Theater. Movie made the highest August opening of USA with $69,283,690 in the first week. Movie is nominated in the three categories in 80th Academy Awards also entered important magazines’ most important movies 2007 list. Movie is released in DVD and HD DVD formats. HD DVD version of release is offering 1080i HD in 2:35:1 Widescreen and Dolby TrueHD 5.1 sound options with special features. 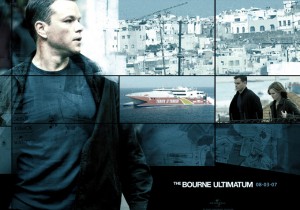