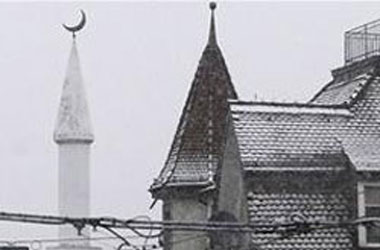 A religion is a set of beliefs and practices often organized around supernatural and moral claims, and often codified as prayer, ritual, and religious law. Religion also encompasses ancestral or cultural traditions, writings, history, and mythology, as well as personal faith and mystic experience. The term “religion” refers to both the personal practices related to communal faith and to group rituals and communication stemming from shared conviction.

In the frame of European religious thought,  religions present a common quality, the “hallmark of patriarchal religious thought”: the division of the world in two comprehensive domains, one sacred, the other profane.Religion is often described as a communal system for the coherence of belief focusing on a system of thought, unseen being, person, or object, that is considered to be supernatural, sacred, divine, or of the highest truth. Moral codes, practices, values, institutions, tradition, rituals, and scriptures are often traditionally associated with the core belief, and these may have some overlap with concepts in secular philosophy. Religion is also often described as a “way of life”.

The development of religion has taken many forms in various cultures. “Organized religion” generally refers to an organization of people supporting the exercise of some religion with a prescribed set of beliefs, often taking the form of a legal entity (see religion-supporting organization). Other religions believe in personal revelation. “Religion” is sometimes used interchangeably with “faith” or “belief system, “  but is more socially defined than that of personal convictions.