Titanic or RMS Titanic with its official name was a popular British passenger liner. It was a luxury ship and sank 15 April 1912 after hit an ice berg. He became a popular culture icon of 20th and 21st century. There’s also a popular movie set on the real story of ship. It was operating by White Star Line Company and produced in Belfast. In its last voyage, most of the passengers of ship were immigrants from Europe to America. Ship is called as “Unsinkable” by experts but sank after hit an iceberg. How many people are died in Titanic?


According to official records, 1502 people died in Titanic. Ship was carrying three classes of passenger and 27 Cross-channel passengers.
First class of Titanic was carrying some of the wealthiest people of Europe and it was most luxury ship environment of 1912. A first class passenger paid £30. It’s equivalent of £2,201 today. Also because of big demand, some places are sold to £80 and it’s equivalent of £6,384 today. First class area was offering gymnasium, swimming pool, squash court, baths, first class dog kennels and luxury promenades.

Some of the popular millionaires in the first class of Titanic is J. Bruce and Thomas Andrews. Also members of British aristocracy, American high society were in the first class. Company sold different trip plans to first class passengers. First class was also hosting the most richest man on the world “John Jacob Astor IV”
Second class of ship was also full. Main passenger types in second class were leisure tourists, lots of clergy members, middle class Europe and American families. There were also musicians in the second class but company didn’t record their number because they were not in the passenger list. Second class price was £13 and it’s equivalent of £954 now. Second class area was very similar to first class. 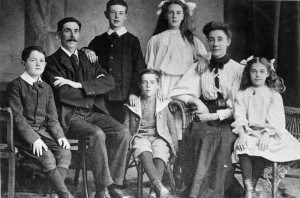 Main difference between first and second class was smaller liners. Second class passengers have their own libraries. Also there was a big children library for second class passenger’s children. There were also well-known Baptists and Roman Catholic priests in the second class. Schoolteacher Lawrence Beesley who wrote the book “The Loss of the SS Titanic” was a second class passenger and he wrote the first eye witness article about sink two months after accident.
Third class was also including steerage passengers. Most of the passengers on this class were immigrants going from Europe to America for a new hope. Price was £7 and £9 based on the bed’s place. Ticket for children was £3. Most of the third class passengers were British, Scottish and Irish. There were also passengers from Bulgaria, Turkey and the Middle East. Most of the families in the third class were mothers and their children without their father because their father was working in America.
Titanic’s third class was offering some luxuries located by the White Star Line. It was a big rivalry between White Star Line and Cunard Company and WSL thought that emigrant will offer WSL to people who will go back to Europe. There were own dining facilities and separated baths for women and men.
There was a grille system to avoid people going into areas of higher classes. It was only possible to open the grilles by stewards. In the accident, most of the stewards were sleeping and they don’t have enough time to open all grilles so many passengers on second and third class sunk. Most of the people on third class could be only identified by DNA analysis because they were travelling alone. 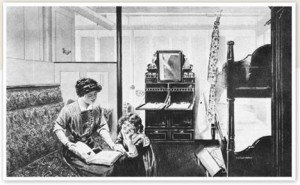