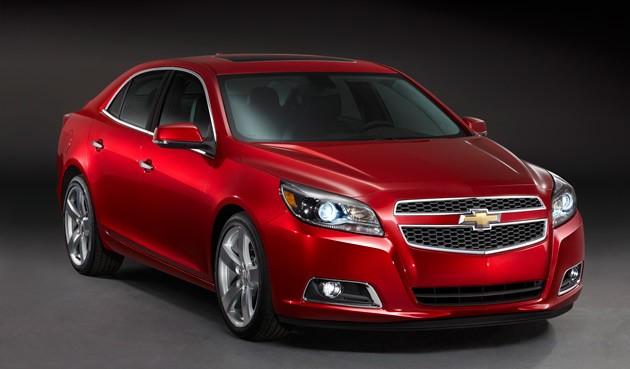 
GM revealed 2013 Chevrolet Malibu in Auto Shanghai in China. It’s also shown in New York International Auto Show in New York City. Gm produced this new generation of Chevrolet Malibu on GM Epsilon II platform. Also company will produce Turbo version of model in year. GM used “light electrification of a traditional powertrain” slogan for 2013 Chevrolet Malibu because they don’t want to use “hybrid” for this car.
One of the most distinctive features of new 2013 Chevrolet Malibu is its extraordinarily quiet character. GM succeed to make a perfect structure and it’s possible to see the result directly. Drivers need focusing to hear electric motor’s on off sound. Especially in light throttle, only expert drivers can understand how many cylinders are working. 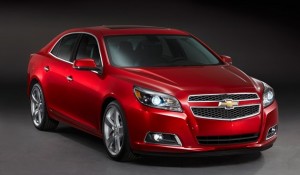 Another important feature of 2013 Chevrolet Malibu is The regenerative braking system. Pedal feel is one of the best in all cars of 2013. No soft spot or no pulse feel is available. Only a firm break feel is possible. Beside its perfect feel, GM put the batteries between the rear wheel wells and also put a fan to cool down it. It means cargo space is two cubic feet smaller than 2012 Malibu. Also it’s strange that the noise from back fan is forcing the rear passengers to ask about power of car while front passengers don’t hear it.
Interior design is what many Malibu fans will be happy. GM used MyLink system for 2013 Chevrolet Malibu. It’s a developed version of MyLink so using it with voice commands is easier. Also drivers or passengers can connect their phone or streaming Bluetooth audio to it directly. Also screen of MyLink is big enough to see and control while driving.
Comfort level of 2013 Chevrolet Malibu is not the best in its class but car is roomy for back. Some adults will find the seat system on back strange first but it’s easy to understand it.
It’s true that 2013 Chevrolet Malibu is some thirsty. Tests showed that it drinks 23 mpg in the city. It’s 26 in combined driving and 34 in highway. Trip system of car is showing 28.9 mpg on highway but some of the testers found the calculation problematic.
According to report from GM, Chevrolet Malibu’s MSRP is $23,150. It’s not too high but if owner wants some more features, she has to pay at least $34,000. 2013 Malibu on $23,150 is only enough for small towns but it’s not enough for big cities. But car’s price is normal for such a front-drive sedan in midsize category. 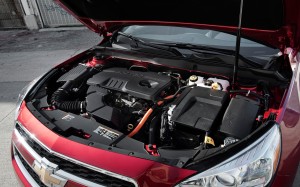 Rivalry is on top in this class and 2013 Chevrolet Malibu is an important player of it. Main rivals of car are Ford Fusion, Honda Accord, Hyundai Sonata and Toyota Camry. Malibu was strong on North America market but time will show process of Malibu in global market because especially Ford Fusion and Honda Accord has a fame on this area with their top features, prices and service qualities. 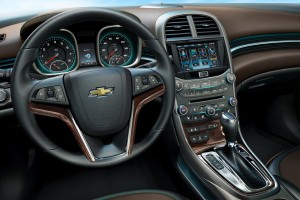