Computer prices are going high in these days. It’s not possible to buy a good computer cheaper than $1000. Most of the people believe that if a computer is more expensive than others, it has more quality but it’s not true. Many customers are only using the main features of computers for standard programs and they don’t need so fast products. They are buying some computers with looking only one feature like processor and they are missing the important other features like USB 3.0, Bluetooth 4.0 and more. How many important tips so save money while buying a new computer?


One of the most important tips to save money while buying computer is about processor speeds. Clock speed was the most important thing in a standard computer in 2000s because it was like moon and earth for 1 GHZ and 1.5 GHZ. But today standard computers are over 2.0 GHZ with features like Turbo and they are supporting by Motherboard speeds and RAM. So if you are not buying a computer for using in NASA researches, high image processing, music production or video editing, a standard computer with 2 GHZ is enough for you. You can save money from processor and pass it to a better video card or more RAM. Today new technology on video playback allows using Video Card processor for watching movies and it means lesser work on processor. Also more RAM means lesser work on processor also.
Also it’s a common misconception that clock speed is enough for making the computer faster but it’s not true. Clock speed and performance are different terms and performance is more important than clock speed. A processor may work faster than others but if it’s not compatible with motherboard or RAM, or they are slower than processor’s maximum capacity, clock speed is nothing. Costumers have to choose the computers with more performance than faster clock speeds. 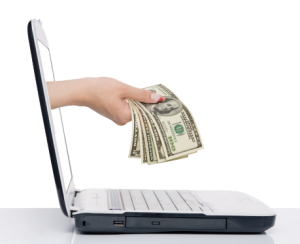 HD is the most popular term of 2000s and most of the people buy the computers with HD graphics. It’s true that HD means sharper and brighter picture quality but only HD is not enough. When buying a new monitor or laptop, it’s very important to search for screens with more contrast, lifetime and processing type. Also Full HD means 1920×1080 resolution and HD Ready means 1280×720 in most terms but it’s very hard to understand the difference if you are looking in a standard measure to screen. Also some monitors today using tricks like color correction and it’s not possible to see natural colors on them.
Buying a computer with only Wi-Fi feature is also not enough. There are many Wi-Fi technologies today like B/G/N in computer world and all of them are using different signal standards. Many people complaint that even they buy the most expensive computer, they have low Wi-Fi signal and their internet is slower. Main cause of this problem is about standards. There are many different Wireless routers and modems in the market and they are supporting different technologies.

Also computer brands use some new technology terms for selling computers more. USB 3.0 is one of them. It’s true that USB 3.0 is 10x faster than USB 2.0 but it doesn’t mean all computers with USB 3.0 slot are offering incredible copy or move speeds. USB 3.0 technology is still on development and it’s very rare to see such high speeds in new computers. Also RAM and motherboard speed are vital for using the USB 3.0 with its all speed and other features but there are only few models offering it. 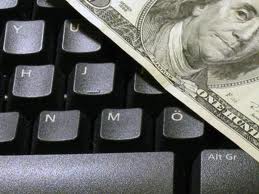