Purchasing a new TV was never so hard before. Today, it’s possible to find LCD, LED and Plasma TVs in the market with different options like hertz, thickness, internet ready and more. Plasma was the leader of 2000s first half but many people believed that LCD or LED TVs are better and Plasma TV production is now less than 2000s. But today it’s still a big market and there are many Plasma lovers. How many differences are there between LCD and LED TV?


The most important difference between LED and LCD TV is the display quality. It’s true that some new LCD TVs are reaching the display quality of LED TVs now but they are too expensive than LED TVs with same display quality. Technically, LED TVs are a type of LCD TVs with liquid crystal display. In an LCD screen, there are two layers of glass which are polarizing and adjusting the picture. In LCD TVs, backlighting is possible by fluorescent lamps while in LED TVs, it’s possible by Light Emitting Diodes. Using LED lightning means dark areas are darker, light areas are lighter so it allows more picture quality and more view angle.
For people giving so much money for an LCD or LED TV, energy consumption and savings is not the premier topic to interest but technically LED TV are saving more energy because of their flexible lighting systems. It means better picture quality on LED TVs while consuming less energy. 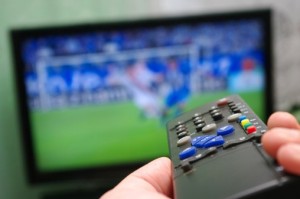 Since the LED TVs are on the market, LCD prices get down continuously. Today it’s possible to find good LCD TVs in cheaper prices than many cheap LED TVs. It’s true that all LED TVs are not offering high quality because companies need to enter the cheap TV market. But making a good research before buying a new TV is important because TV market is today full of different products. There are some old LCD TVs in the shops which were very expensive in first release, they are still precious but it’s possible to find cheaper LED TVs with same picture quality.
Size and weight are the biggest advantages of LED TVs. LCD TVs were some thick and they are still same but LED TVs are thin as paper. They are also lighter and easier to hang on any wall. Also new LED TVs are borderless so they are looking more trendy and technological in the houses.
Till 46’’ LCD TVs were offering enough picture quality. But for sizes over 46’’, LCD TVs are not offering enough picture quality while LED TVs are possible till 100’’ now. Especially contrast level problems for LCD TVs over 46’’ is a hard to solve problem. 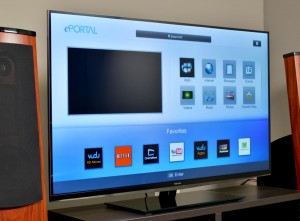 When it’s about future adaptability, it’s definitely LED TV. Today many companies announced that they will start to air coverage in UHD format which is Full HDx4. There’s a few LCD TVs supporting such high resolution now and because of LED TV dominance in the market, it’s hard to see new production of LCD TVs offering UHD support. Also technologies released by LCD TVs like UPNP support are dead now and companies are working on new sharing technologies on LED TV. Today over %30 of LCD TVs don’t have built-in Wi-Fi. More and more TV channels are offering broadcast over internet and it will be possible by LED TVs only.
Till the OLED TVs will enter the market completely, there will be LED TVs dominating the market but it’s possible to see that companies are lowering their LED TV production and it’s hard to see new LED TV series.